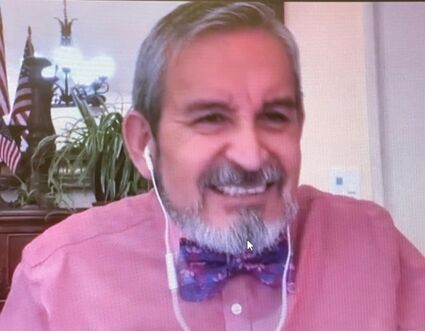 The Wasco City Council held a public hearing to adopt a resolution approving the 5-year solid waste rate adjustment schedule for property owners and tenants – and then approved the planned increases.

"Tonight, we have a couple of steps concerning the five-year solid waste rate adjustment. We heard numerous reports from our consultant in previous meetings that worked with the city on this project. The council approved the mailing of the notices of the proposed rate schedule," said City Manager Scott Hurlbert.

There were a total of 6,326 notices sent out to the community asking for comment. In addition, the city asked for feedback on its website, and others without computer access were encouraged to come to City Hall with their concerns.

A public hearing for comments from the community was held; however, no one showed up.

Protest letters received were then tabulated to establish if there was a majority protest threshold of 50% plus one to result in a target of 2,738.

The number of received protest letters was 183, which was insufficient to constitute a majority vote and resulted in the protest process ending.

The council presented Sharon Nicol and Nancy Waterhouse with a Community Service Recognition Award for devoting their time and efforts to the Rose Garden Project at Barker Park.

"They committed to volunteering their time and made a meaningful contribution to the city of Wasco community," said Mayor Gilberto Reyna. "They put together a design and received donations. The result is a beautiful rose garden."

"I really think this is an example of what our city residents can do when they set their minds to it." 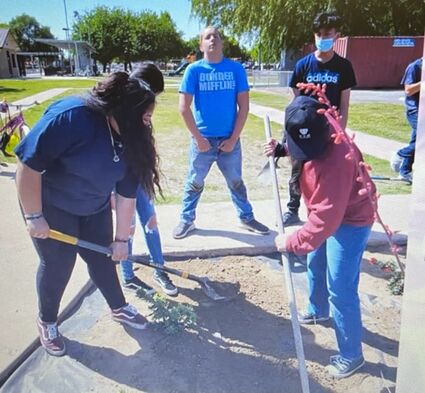 Volunteers at work in the rose garden.

"We are preparing for wildfire season. Things are starting to dry out, so we will start to see more grass fires," Appleton said.

Through a unanimous vote, it was agreed that Council Member Alex Garcia continue serving as a principal representative, with Council Member Vincent Martinez named alternate.