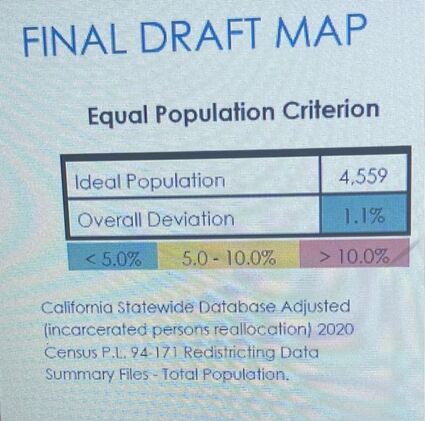 The City Council held a fourth and final public hearing on the district redistricting at their meeting. Previously, the council narrowed the options of potential replacement district maps down to draft map 6, which was brought back for final discussion, approval and adoption.

The city's consultant, Flo Analytics, returned with a presentation of a recap of the redistricting process that the council and staff have been working on for the last couple of months.

"Tonight, we are considering draft map 6 at this final public hearing," said Kent Martin of Flo Analytics, the firm contracted by the city to work through the process.

The community has had an opportunity to follow along on the redistricting process.

"We have had some opportunities for the public to provide feedback, especially through our engagement portal on the City of Wasco website, where there has been much traffic, but there have been no comments from the last meeting to this meeting," Martin said.

Draft maps, including draft map 6, have met all the redistricting principles and are population balanced, contiguous and compliant with the local state and federal Voting Rights Act. They are not intended to favor or disfavor a political party, are as compact as possible, preserve communities of mutual interest and also follow existing administrative and natural boundaries.

The final map should uphold all state and federal statutory redistricting criteria and be vetted by legal professionals before the city's submission to county officials by the April 15th deadline.

The job was for the council to make changes to those council districts so the population could be balanced across the districts. The goal was to get that overall deviation from the ideal population under 10%.

"The council has managed to get this very close to 1%, which is great and is much more defensible than just under 10%. It was neat to see that the council could accomplish this through this process," said Martin.

A motion was approved to adopt draft map 6 and waive the second reading of the City of Wasco ordinance amending chapter 2.09 (elections) of the Wasco municipal code replacing the council district map.

The vote was unanimous.

Also at the council meeting, Marco Torres, a Wasco resident, was appointed to serve as a Sales Tax Oversight Committee member for a four-year term expiring on Dec. 25, 2025.

This seat has been vacant, preventing a committee meeting due to a lack of a quorum.

"I look forward to working with you on this committee for the next couple of years," Torres said.

In his report on activities of the Kern County Sheriff's Department, Sergeant Charles Shinn reported that his department made an arrest related to a burglary at the True Value hardware store. This latest break-in on April 1 is one of many that have occurred at the business over the last year and a half. 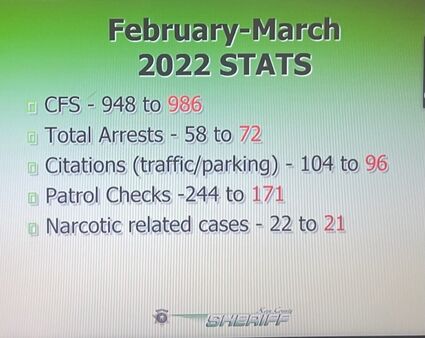 "Transparency is great for how we understand what's going on and what law enforcement is doing based on the current state of affairs with these types of charges," said Shinn

"The suspect was unfortunately released on a citation and is back on the streets, but we are also working on that case to identify the additional subjects involved. We will do everything we can just as we have in the past."

Sergeant Shinn also shared monthly statistics for February and March. He noted that calls for service were up to 986 from 948, total arrests were up to 72 from 58, citations down to 96 from 104, patrol checks down to 171 from 244 and narcotic-related cases down to 21 from 22.