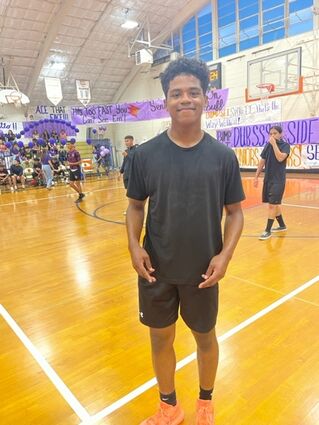 Wasco High School held their Powder Buff volleyball tournament, and over 350 people came out to support the teams.

The event brought together the Wasco High School seniors versus the juniors for a fierce competition. It was an exciting game with attendees in full school spirit. The stands were packed with cheering fans, and the gym was decorated with colorful banners and balloons.

The game was close, but the seniors came out on top, winning three to zero.

"It was a tight match. The teams played hard and gave it their all," sophomore Genesis Espinoza said. "I was surprised with the big turnout. I didn't expect it to be as lively. It was loud, and everyone was rooting for the players."

Each fan had their opinions on who would win.

"I came out to support the seniors, and I think they will dominate. I also came to be with my fellow Wasco Tigers," said freshman Nathaniel Raya.

"The energy is awesome, and I love that everyone came together to celebrate all the players. I think the juniors are strong and might beat the seniors," freshman Ceasar Castillo said.

Families of the players were also in attendance.

"I came for my brother, who is on the junior team," Karla Rojas said. "Tonight is special for him because he loves the sport and is so dedicated."

"My son is playing this evening, and I came to wish him luck. He enjoys volleyball, and it was good to see him staying active and having a wonderful time with his friends," said parent Tiffanny Knox. "I was also glad to see the community together, especially in light of the pandemic. I am happy things are getting back to normal."

"I've watched the boys grow up together over the years. It was nice to see them all out there doing their best while having fun," said parent Stacy Cash.

Teachers were on hand to appreciate the players and everyone who attended. 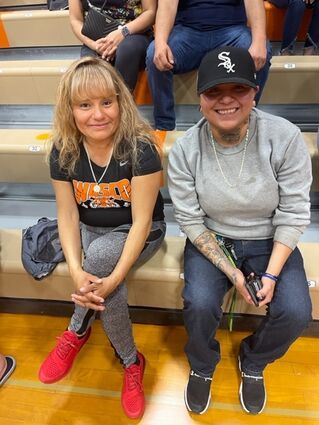 "It is an opportunity for our kids to enjoy their social activities outside of the classroom. It builds camaraderie and helps them grow in an inspiring way," Math teacher Jose Castro said. "Parents, uncles, aunts, brothers, sisters, and other family were here, and I think it is great to build that unity."

"It feels amazing winning," said senior Sean Sharp. "It was a tough matchup, and the juniors played hard. They have next year to win, and I wish them all the luck."

"Even though we didn't win, I think everyone had a good time. We lost to the seniors, but since it's their last year, we can send them off on a positive note. We will be back and ready to win next year," said junior Cristian Rios.