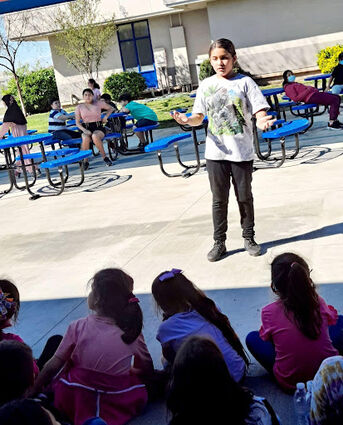 Oral Language competitors give performances for the CHAMPS program students.

Students have advanced through classroom, school and district competitions to vie for the titles of Kern County Champions. There are several different categories in the festival, including solo monologue, group monologue, drama and comedy divisions.

Those Richland students who placed in the District competition performed for the CHAMPS Program students for preparation for the Regional event. The students entertained the crowd with a mixture of monologues and poems. 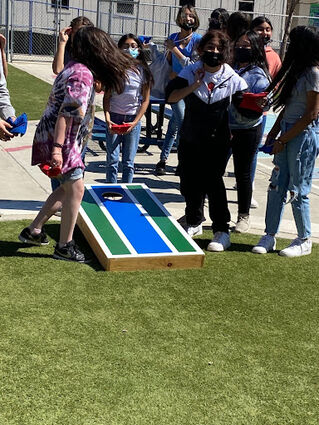 At Golden Oak, Mrs. Blanchard's fifth grade class was able to participate in a corn hole game as an incentive for positive behavior. While they were playing corn hole, Mrs. Hobb's class participated in a hula hoop activity. These fun activities are the result of the school's effort in encouraging students to demonstrate a positive behavior at school.

Some Eagles' third grade students were able to take a field trip to Wind Wolves Nature Preserve. The students have been learning about California regions and native animal and plant life in the regions.

According to teachers, the excitement on the faces of the students as they were on the trip were priceless. The exhausted, but still smiling students at the end of the day said they had fun learning about the different plants and animal life.