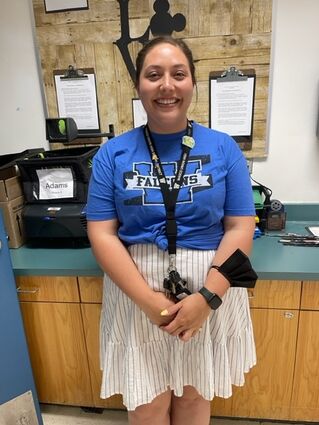 Wasco Independence High School hosted their paint night event after a two-year hiatus due to Covid-19. It was an evening of creativity while raising money for various school programs.

"This was a nice celebration because we hadn't had it in two years since the pandemic. It was small but an excellent turnout. We had staff, students, parents, and staff children attend, so it was a mixture," said Principal Rusvel Prado.

Next year teachers will sponsor two to three students to increase participation.

"Hopefully, we will have no Covid-19 to deal with then," said Prado.

"It was really nice to have it back. The event was special because it was something entertaining to do together outside of the classroom setting, not worrying about academics," Counselor Vianney Gonzalez said.

Paint night was more than just art. It was an example of how Wasco Independence High School takes students out of their comfort zone, introducing them to different extracurricular activities.

"It was cool to get out of the house and try something new. The school has taught me more than regular high school. It has shown me there are different opportunities available in the world," student Gio Alejandro said. "With painting, it helps me with my attention to detail and how to be involved as a team player. I want to be a mechanic, and this is moving me towards my goal."

"I like to get as much school time as possible because it has helped me improve my grades," said student Arturo Perez.

Others enjoyed themselves because they were able to explore and develop their artistic skills.

"The best part is seeing how everyone expresses themselves differently on canvas. Everyone had the same instructions, but they each had their own style," said Gonzalez.

There was lots of laughter throughout the evening.

"It was good to see everyone having fun and smiling. I will definitely come again next year," student Gabriel Benavides said.

"It made me happy because I made new friends. Plus, I was surprised with how well my painting turned out," said student Callie Adams.

The event allowed parents and their children to bond.

"I had a good time with my mom," student Ciara Garcia said. 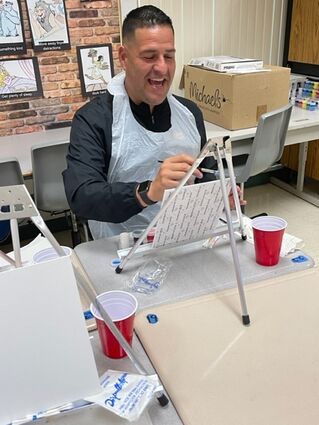 "I got to spend time with her while supporting the school, which I think is doing an amazing job with their students," Ciara's mother, Elizabeth Garcia, said.

Art teacher Monica Adams, who led the class, said she was pleased with the turn out.

"I was nervous because it had been so long since we had the event, but I was pleased with how well it turned out," Adams said.

It was positive for the students that participated.

"When students see us in the classroom, it is a little more informal. It lessens their anxiety, and they are more willing to do the work that we ask them to do," said Adams. "Paint night was important because we finally had an opportunity to get together and appreciate each other's company."