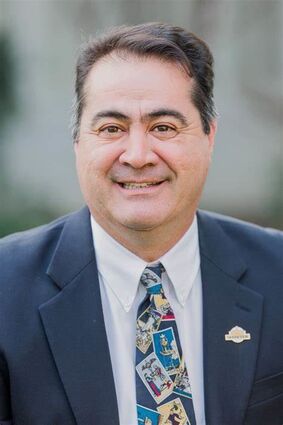 Manuel Garcia is the grand marshall of the Cinco de Mayo Festival.

The Cinco de Mayo Festival is returning to Shafter after a hiatus due to the pandemic.

The event will be held on Saturday, April 30, with a parade and a full day of fun and activities at Mannel Park.

The Grand Marshall for the festivities this year is Shafter native and former City Council member Manuel Garcia. Garcia said that he is very humbled by the honor and loves the community of Shafter.

"I love the people of Shafter and am very proud to be the Grand Marshall," said Garcia.

Garcia was born and raised in Shafter, attending Richland schools as well as Shafter High, where he participated in four sports - football, basketball, baseball and track. During his time at Shafter he earned 10 varsity letters. He was also in The Who's Who among high school students, as well as being selected for Boys State.

After graduating from Shafter High in 1985 he continued his education at Bakersfield College where he continued to follow his passion for sports, participating in track and football, becoming the quarterback for the Renegades. Manuel then earned a football scholarship to Weber State University in Ogden, Utah. At Weber State he earned his BA in Criminal Justice with a minor in Sociology.

Garcia came from humble beginnings. His parents and older brothers and sisters moved from Edinburg, Texas to Shafter in the 1960s to work in agriculture. His father, Pedro Garcia, worked for many farmers in the area. Some of those farmers were Don Bender and Harvey Funk. He learned his work ethic from his father, who never complained about working long and arduous hours and days.

Manuel Garcia has been working for the Kern High School District for over 30 years as a Community Outreach counselor. He was also a coach for 22 years, coaching several sports including football, basketball and baseball. He was a member of the Shafter Recreation Board, Kiwanis Club member for many years and a member of the City Council.

Manuel Garcia and his wife, Celina, of 28 years, raised their kids in Shafter as well as having them attend the local schools. His son, Des, is working on his Masters where he also plays for the school's baseball team. His daughter Brianna recently graduated from CSUB with a BA in Liberal Studies-Special Education.