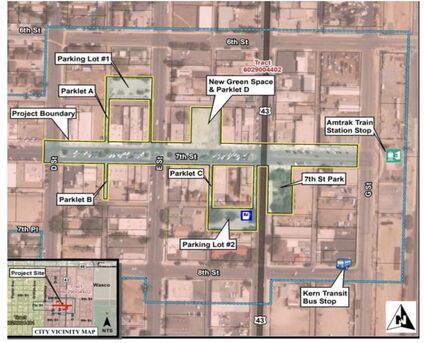 The City of Wasco was awarded a $5 million grant by the Clean California Local Grant Program to launch its downtown revitalization efforts.

"The 7th Street Downtown Business District Rehabilitation and Enhancement Project has been in the works now for quite a bit of time. With this grant, we can move forward with our vision to revitalize and beautify our downtown historic district, enhancing visitors' experience, attracting additional community participation and increasing commerce. It's a remarkable win for Wasco," Mayor Gilberto Reyna said.

The California Department of Transportation announced the award of 105 local projects, or approximately 30% of the 320 received applications, approved for nearly $300 million in Clean California grants for communities throughout the state.

According to a press release, the 7th Street Downtown Business District Rehabilitation and Enhancement Project will transform the Downtown Historic District along 7th Street from G Street to D Street.

"There are four alleys that will be converted into parklets meaning no vehicles will be allowed to drive through them. Instead, there will be pedestrian walkways, artwork, new paving and landscaping. One of the alleys is a little bit larger, and that one would have an area for live music events and room for a small children's playground," City Manager Scott Hurlbert said. 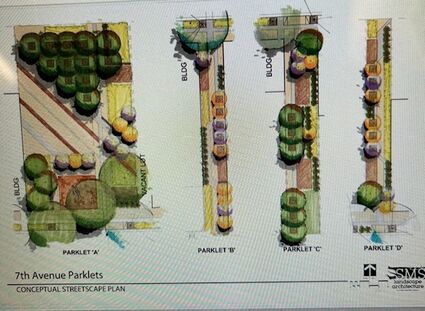 There will be a substantial rehabilitation of the 7th Street Park, including a small dog park area. The grant will be used for safety measure improvements and upgrades to the adjacent parking lots, including the only public electric vehicle charging station.

The project aligns with the city's goals related to safety, economic competitiveness, and quality of life.

"This project, and grant approval, is the result of community input, innovative design and tireless city staff efforts. It is an honor to have our project selected for funding in such a competitive environment," Hurlbert said. "It could easily be the end of the year before shovels actually hit the ground. Then, I wouldn't be surprised if it took a year for the project to be completed because we will be working around operating businesses on a busy street, and we want to be mindful of those businesses."