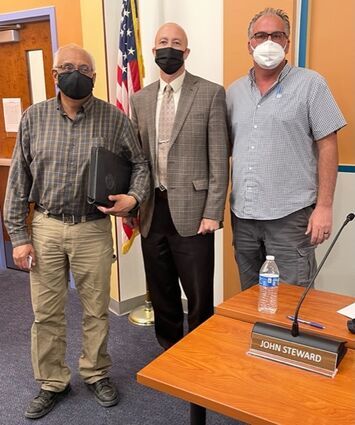 K12 Energy, a solar power provider, recently presented to the Wasco Union High School District Board of Trustees as it considers going solar.

"Solar energy is becoming more common for individual homeowners, and there are school districts that have gone solar. With this analysis, we hope to assess the possibility of adopting a solar strategy," Superintendent for Wasco Union High School District Rob Cobb said.

The presentation was one of three planned to help decide whether to install a solar system or not.

Director of Business Development for K12 Energy Dave Newkirk said it was his first time presenting in person at a public school board meeting and appreciated the chance to share their solar proposal.

"Many people have converted to solar, mainly to save quite a bit of money and take better care of the environment," Newkirk said.

K12 Energy has worked with various organizations to transition into solar, especially non-profits.

"Solar energy is important because it provides clean and renewable energy. And we like to help schools save money on their PG&E bills, so they use that money instead on their students," Newkirk said.

Currently, Newkirk explained, PG&E is considering rules detrimental to solar energy consumers. The result will be much lower savings for consumer solar power and the California Public Utilities Commission will vote on it soon.

"If you act early, you can get the maximum savings before PG&E enacts their new rules. You will benefit from really good solar savings over the next 20 years," he said.

Newkirk suggested to the board the Pay As You Go Power Purchase Agreement program.

With this program, K12 Energy would put up the money to build the solar system, and the district would pay for the clean, renewable electricity generated each month. According to K12, this amount would be significantly lower than PG&E's. 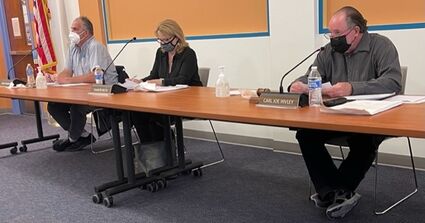 "Our goal is to build the smallest, most economical solar system that will offset as much as possible of your electricity consumption and the related dollars associated," Newkirk said. "We think that by enacting the solar system proposed, we can take your annual PG&E bill from $465,000 down to about $164,000."

The board said it is just beginning exploring the option of solar.

"This is the first proposal we have heard and this is ground zero. We are just starting to explore the possibility of solar. The upside is we will save money, and the downside is we will have to have solar panels covering a lot of the area of our campus," Sharon Nicol, clerk on the Board of Trustees for Wasco Union High School District, said.