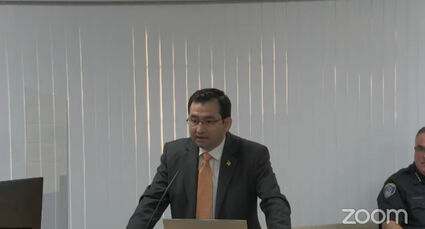 The City Council approved a lease agreement that will allow American Refuse to utilize the old Corporation Yard to store their waste containers during the transition of the city going to a three cart system.

Mayor Cathy Prout asked if the agreement was flexible if someone was interested in purchasing the property. Public Works Director Michael James said something could be worked out if there was interest in the property.

James said the project should take no longer than one year, as the transition is taking place.

The council was also presented a request by the Cinco de Mayo Festival committee to have the city waive the event fees that are usually charged.

After consideration, the council decided to waive those fees. This money saved by the committee will go into the committee's scholarship fund.

A mid-year budget review was presented to the council. The sales tax revenue is over 3% more than what was projected for this fiscal year, enabling the city to increase its spending as needed. He said there is a request for a couple of new patrol vehicles that the council will consider. Sanchez said the revenue reported within the budget is outperforming many cities in the valley, including Clovis and Visalia.

Financial Director Roger Sanchez reported to the council that an increase in sales tax revenue has been able to cover expenses for the operating year, allowing them to make a request for a couple of amendments in the budget.