Woman's Club showing that anything 'Can' be art 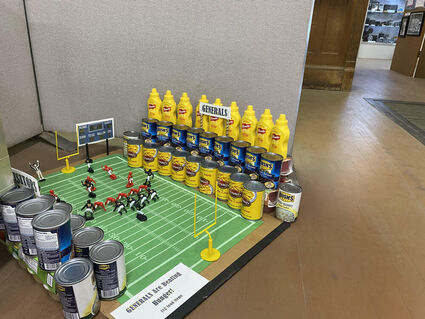 The Shafter Woman's Club has a tradition of holding an art event during the Shafter Colours Festival, in which entrant set up displays of food, turning those cans into art.

Each year, residents make people laugh with clever sayings that go with their canned food displays.

This year, with the Shafter Colours Festival not being held once again, the local women decided to move forward with the event, inviting people, businesses and clubs to enter displays. The entries had to be made of canned food, or other non perishable food items. 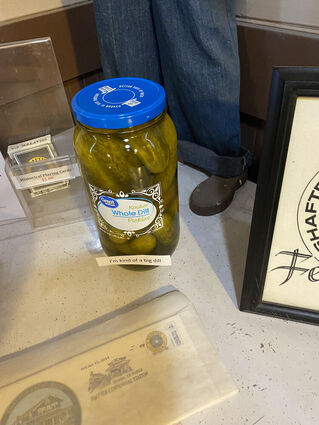 The smallest displays were clever.

Over 15 displays are set up at the Shafter Depot Museum. The displays will be open for viewing throughout the month of March.

This year, all of the entrants have themes that correlate with the items in the display. One example is the smallest display, made up of one large jar of pickles. The caption was "I'm Kind of a Big Dill."

Another highlighted the Shafter High Generals football team. There were little football players, with cans of food, containers of mustard, replicating people in the stands. The caption is "Generals are Beating Hunger!" There are 112 food items in the display.

All of the food items will be donated to the food bank after the event is over.