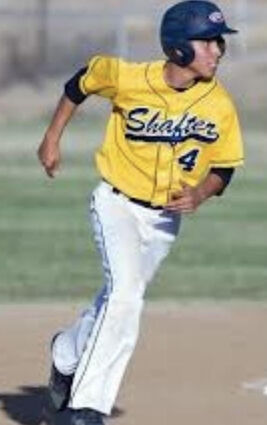 Shafter High's baseball team is off to a great start this season, making them one of the favorites in the SSL this season.

With victories already this season over West High School, Foothill High, and South High, the Generals come into a tournament at Wasco beginning on Wednesday afternoon with momentum.

Shafter has used some great pitching, which has held their opponents under two runs except for a loss to powerhouse Porterville and against a tough Arvin Bear squad.

The General began the season with a big win over the Vikings of West High, 12-2, and a rout of Mira Monte, 11-0. Against Mira Monte, the Generals batted .304, with three doubles and a home run included in the tally. The strong pitching of the Generals held Mira Monte to four hits, with six strikeouts. Matt Arismendez teamed with Alex Balderama for a great game.

Shafter continued its winning ways with a 17-7 thrashing of Foothill High School. With a shutout of South High School 11-0, the Generals have made a big statement at the beginning of the SSL season.

The team, coached by Kyle Horn and assisted by Isaiah Zacarias, will be one of the teams to beat. Shafter is competing in Division VI this year in the Valley Divisions, in which they are currently ranked number #1. They are ahead of Fresno Christian, Granite Hills and Foothill.

Shafter plays McFarland and North High schools to begin the Wasco tournament. They will be playing an opponent to be determined in the later rounds, depending on the results of their first two games.

The boys tennis team plays two matches next week, with Arvin on Wednesday and rival Wasco on March 15. The tennis team, coached by Steven Hiebert, will be looking to build on an improved team last season.