A Wasco man was shot during a failed robbery last week, police said.

The shooting occurred Wednesday about 5:51 p.m. near 8th and E streets, when a white vehicle approached a male victim with an unknown number of suspects. Then a suspect attempted to rob the victim and shot him in the face, police said.

The victim was airlifted by helicopter to Kern Medical, but has since been discharged from the hospital. His name has not been released. 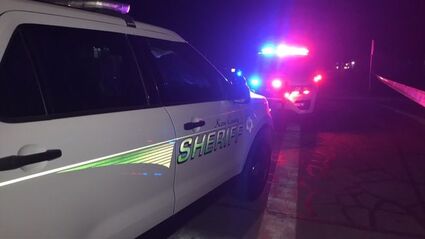 The Kern County Sheriff's Office said no arrests had been made, and information about the suspect was very limited. The suspect fled in a white, four-door sedan, possibly a Honda or Toyota. He is described as a shorter Hispanic male and was last seen fleeing in the vehicle northbound on D Street from 8th Street.

This crime follows a shooting in Wasco in December where two men were shot in the 1500 block of G Street, the KCSO said. One man was pronounced dead at the scene, and the other victim was treated and released from Kern Medical Center.

The KCSO identified the man killed in that shooting as Guadalupe Chavez, 46, of Bakersfield.