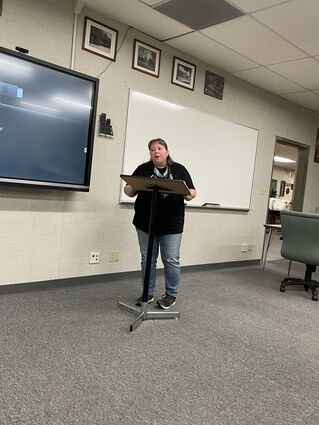 Classified employees of the Wasco Union Elementary School District are asking for a multi-year agreement with paid insurance, an over 5% salary raise for cost of living, and a 7% raise off the schedule from the Elementary and Secondary School Emengency Relief Fund and adding two columns to each pay level.

President of the Classified Union (CSEA) Oralia Garza brought the proposal before the Board of Trustees during a meeting on Feb. 8.

"Teachers want pretty much the same thing, which is why they are similar," Superintendent Kelly Richers said. "This is the first time recently that classified asked for a multi-year contract. They usually want only a one-year contract."

Richers also said that these are only proposals to be negotiated, which negotiations will begin in March.

Richers added that 17 teachers do not have full credentials, but they may continue to work on that.

The board was also approached by Mindy Gereke, an employee who was released for not getting a vaccination or covid-19 test. She argued how the vaccines and masks are unconstitutional.