Longtime barber hanging up his clippers 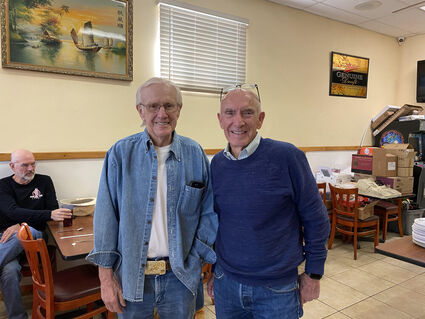 Elro's Barbershop has been a part of the Shafter landscape for decades, the shop becoming just as much a landmark as the barber behind the chair. Elro Cramer has been cutting hair, entertaining clients with his vast knowledge of the city and its history, and serving generations of Generals as they grew up in this community.

Now he is ready to hang up his clippers.

Recently, a group of Cramer's friends gathered at China Cuisine for a surprise lunch. Cramer walked in to a roomful of friends who wanted to wish him well on his retirement.

Former mayor of Shafter Garry Nelson was on hand for the lunch.

"I started coming to Elro years ago and have enjoyed the time in the chair. Great haircuts and boy, if Elro doesn't know about it, it hasn't happened in Shafter," Nelson said.

Current mayor Cathy Prout also paid a visit and congratulated Cramer on all of his years of service.

Cramer was working for Mettlers in the potato sheds in the 1950s when he thought that to make a good living he was going to have to learn a trade. Bakersfield had opened up a Barber College in 1957 and he decided that this would be his ticket. 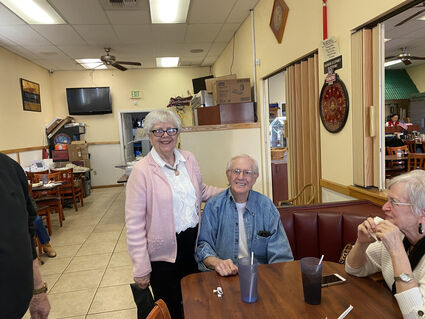 Cramer graduated from the Barber College in 1958 and started cutting hair for Cecil Armstrong. He would cut hair during the day and bartend at the Shafter Motel in the evenings. In 1964, Cramer opened up his own shop with two other barbers, Clarence Evans and Clayton Hutchings. The shop was called The Three Little Shavers and it was located at 299 Lerdo Highway. He eventually moved to his current location in 1971, which is on Central Valley Highway, right across the street from the former Shafter Press office.

Cramer said he has loved his time serving the community and said that he has been cutting several generations of families' hair over the years.

"I guess the best part of Shafter is the people," said Cramer. "For instance, I have cut hair for four generations of the Kirschenmann families, and there is a new edition that is six months old."

Cramer said he has met so many good people during his time in the shop and he really hasn't ever seriously considered retirement until recently.

"Well, I did think that if I ever hit the lottery, I might cut back to three days a week," said Cramer. "But, other than that, no, I hadn't considered hanging up the clippers," said Cramer.