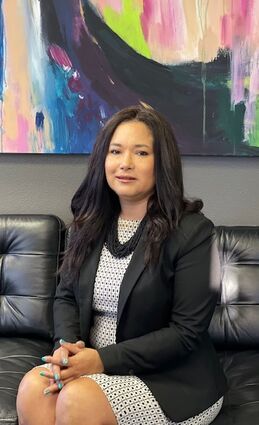 Readers of the Wasco Tribune will notice a new byline beginning this week.

Veronica Jacuinde has been a contributing writer for Stanislaus Connections Magazine, a publication in her native Modesto. There, she covered community leaders, nonprofit organizations, special events and other matters related to the city.

"We're looking forward to Veronica's arrival, and taking advantage of her reporting and writing skills," said Publisher Michael Schroeder. "She has great experience, and she's a very enthusiastic professional who will fit well into the community. We're lucky to get her."

Jacuinde is a graduate of the University of California at Berkeley, with a degree in political science, and is a two-time fellowship scholarship recipient of the Stanford Professional Publishing Course, an intensive seven-day program for book and magazine publishing professionals that focused on reinventing media in a digital world.

"I appreciate the different elements that help make a publication successful," she said.

Jacuinde is a bilingual Spanish speaker, and worked in Hollywood as a reporter and producer of Latino content, which she says "further strengthened my talent and passion for writing."

She wrote scripts and interviewed celebrities and authors, often on live television.

She also was a fellow at the Princeton University School of Public and International Affairs, preparing her for a year-long study abroad in Spain at the Universidad Complutense de Madrid.

After college, she joined the American Embassy as a political assistant and wrote the 1997 Spain Human Rights Report, which was submitted to Congress.

She also has a financial background, having worked on Wall Street as a financial analyst for Goldman Sachs. "Traveling and living in major metropolitan cities like Madrid, New York City, Miami, and Los Angeles has given me a worldly perspective on many issues," she said.

Jacuinde has been active in community organizations, including the Modesto Sunrise Rotary Club and the Central Valley Hispanic Chamber of Commerce. She was the chamber's Ambassador of the Year in 2016. She hopes to join and report on Wasco's community groups as she joins the team that produces the Tribune.