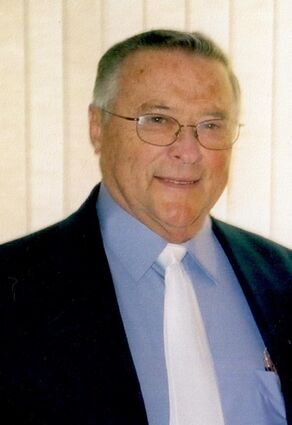 Gene Elroy Diseth was born Jan. 28, 1937 on the family farm in Newland Township, ND. Three minutes later his "womb mate" Glen arrived. Gene attended elementary school in Newland and then attended Edmore High School where he graduated in 1955. In the fall of 1955, he enrolled at Mayville State Teacher College. After attending Mayville for one year, he taught at a rural school in German Town School District for three years before returning to college in 1959 for another year. In 1960 he taught grades 6-8 in Emerado, ND. The following year, he became superintendent and principal at the school in Emerado.

On Dec. 30, 1961, he married Aldeen Johnson of Larimore, ND. From that union came two girls Brenda Elizabeth and Denise Jean. In 1966 he completed his Bachelor of Science degree with a major in elementary education and a minor in social studies and geography. That same year, Gene and family moved to Wasco, where he taught sixth grade. In 1968, Jadene Marjorie was born, completing the family. Gene retired in June 2000 after teaching a total of 43 years, 34 in Wasco and 9 years in ND. He was a member and treasurer of Trinity Lutheran Church in Wasco and a member of the Wasco-Shafter Elks Lodge where he held various offices, including exalted ruler and chaplain. Known also as the Viking because of his Norwegian heritage, Gene enjoyed camping with family, barbecues on the beach, watching the Minnesota Vikings, solving the daily newspaper puzzles, laughing at puns, telling his own "Gene jokes," and making the rounds with his honorary brother Charlie Altom. He liked being around good people, made friends everywhere he went, and always claimed that nobody has more fun than people.

Gene was preceded in death by his parents, Sigurd and Edda (Sobak) Diseth; sisters Marjorie (Bernard) Schmechel and Edna (Art) Schmechel; fraternal twin brother Glen; and loving wife Aldeen. Gene is survived by his three daughters Brenda (Bill) Kirby, Denise (Leonard) Ortiz, Jadene (JT) Watson; twelve grandchildren; three great grandsons and another one on the way. The family requests that in lieu of flowers donations be made in his name to the Wasco-Shafter Elks Lodge.