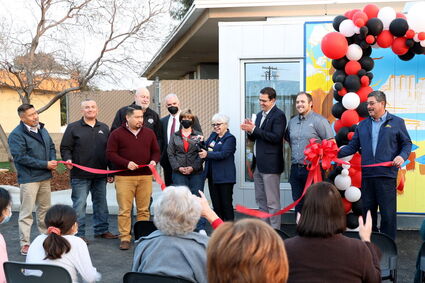 The ribbon is cut at the reopening of the Shafter Library.

The city of Shafter, which was in danger of not having a library, held a ribbon cutting celebrating its own municipal library on Tuesday afternoon.

The new library has over 75% new books including a large Spanish language section.

Attendees at the ribbon cutting took tours of the space along with celebrating the opening. 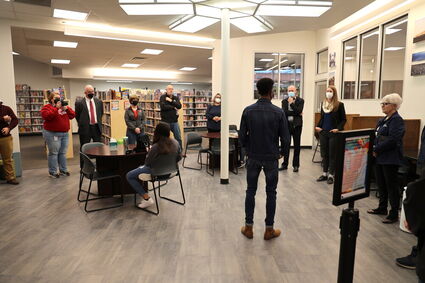 Tours of the library were given after the ribbon cutting.

During the pandemic, the Kern County Library system did not intend on opening the Shafter branch again.

The community then approved a partnership with Bakersfield College, opening a municipal library instead of being involved in the county system.

"The community spoke up and said that we want our library open, and we won't take no for an answer," said City Manager Gabriel Gonzales.

Katie Wiebe and Melissa Bergen, directors of the Listen to Shafter organization, helped the library get reopened by circulating petitions around the city, getting over 1,500 signatures.