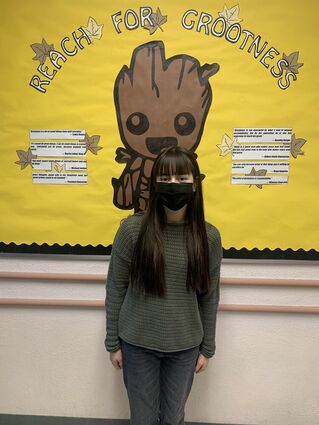 Thomas Jefferson Middle School selects six students each month to represent the school as Cougars of the Month.

They are selected based on their grades, behavior, and overall participation and attitude during their time in school. These students will be rewarded with a certificate, a prize from the school, and a voucher from Catrina's Mexican Grill. The following students have been selected by their teachers for the month of December.

6th Grade Cougars of the Month

Miley Franco has been selected as a sixth-grade Cougar of the Month. She was selected because she gets her work done, works hard and never gives up.

"I work hard, get my work done and never give up even if the assignment is difficult," Miley Franco said. She also said that she excels in both math and ELA because they are fun for her.

When asked what she is most proud of this year, Miley said the staff at TJMS because they are kind, caring and always available to help the students when they're in need of support. A goal that Miley has set for herself this school year is to prove that she works hard to make herself and her family proud. One way she'd like to do this is by receiving straight A's every quarter. Miley's goals for the future include graduating from college with a bachelor's, followed by a degree from a 4-year medical school, and becoming either a doctor or nurse (like her mom). She feels that college is helpful for her future and working in the medical field will be helpful to others. She would like to thank her mom, Sonia Maldonado and her best friend, Leo Mora because "they have been there for me since day one and never fail to put a smile on my face."

Christopher Madriz Cano has also been selected as a sixth-grade Cougar of the Month. Christopher is a friendly person, but can be a bit competitive at times. He was selected because of his perseverance. Christopher states that he excels at math and sports. This school year, Christopher is most proud of receiving this award and making new friends. One goal that Christopher has for this school year is to get good grades. In the future, he would like to join as many sports as possible. He would like to thank his mom, his sister and his best friend for supporting him and his achievements.

7th Grade Cougars of the Month

Daniel Vidales Vera has been selected as one of our seventh grade Cougars of the Month. He believes that he was selected because he is always getting his work done. Daniel states that he excels in math. He is proud of the fact that we have been able to return to campus for school this year and see everyone in person again, and has set a goal for him to get good grades. Daniel would like to have a successful job in the future, and would like to thank his family for supporting him.

Haylie Magallanes has also been selected as a seventh grade Cougar of the Month. Haylie believes that her teacher selected her because of her perseverance. Whenever she is faced with a challenge or struggles to meet a goal, she continues to work at it until she is satisfied with her results. Haylie states that she excels in ELA, and is proud of herself for adapting to having multiple classes every day and maintaining straight A's. A goal that Haylie set for herself this year was to maintain a 4.0 GPA all year.

In the future, she would like to be a pediatrician. She says that, "Being a pediatrician has been my dream job since the second grade. I want to do this because I love helping children. The feeling of helping another warms my day and I would love to do that for the rest of my life." Haylie would like to thank her mom and dad for always helping her when she needs them, and her teachers for helping her with her academics when she needs it.

8th Grade Cougars of the Month

Zabdiel Gomez has been selected as an eighth-grade Cougar of the Month. He was selected because he receives excellent grades and turns his assignments in on time. Zabdiel states that he excels in all subjects, and, interesting fact has only missed one school day so far this school year! When asked what he is most proud of, Zabdiel stated that he is most proud of himself for excelling in honors courses as well as achieving all of his academic goals so far.

One goal of his is to graduate as the valedictorian of his class. In the future, Zabdiel would like to earn a PhD from an Ivy League school and hopes to ultimately become a surgeon. He would like to thank his parents for always supporting him, and his teacher for choosing him to receive this award and giving him this opportunity. 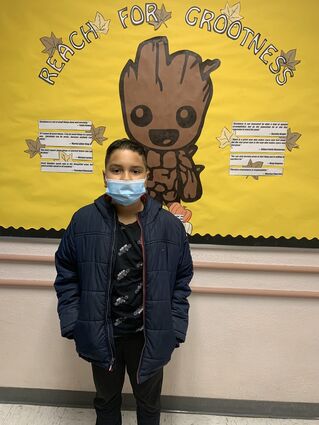 Yahaira Reyes, aka "Yaya," has also been selected as an eighth-grade Cougar of the Month. When asked about why she believes she was chosen to receive this award, Yaya responded with, "The only reason that I could come up with is that I actually do my assignments." She states that this year she wants to obtain the best possible grades. This year, she is most proud of the connections and friendships that she has made. She would like to extend thanks to her family, friends and teachers for their support.

Yahaira says that her dream is to be an animator, and she hopes to obtain that title in the future.