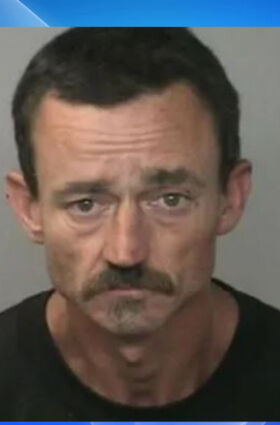 William Jack Hopkins was sentenced to multiple life sentences recently for a crime spree in 2019.

Hopkins was sentenced by Superior Court Judge John R. Brownlee to life with a minimum eligible parole date of seven years, plus 15 years to life, plus 60 years and four months. At the time of his arrest, Hopkins had already served seven prior prison terms and had violated parole 24 itmes.

On June 14, 2019, as reported in the Shafter Press at the time, Hopkins assaulted and kidnapped a woman after finding her and a man asleep inside of a vehicle in Shafter, according to his warrant. Hopkins, wearing a bandana over his face, showed a gun and demanded money from the couple, where he received a few hundred dollars, police said.

Hopkins then forced the man into the trunk of the vehicle. After the man used the latch to escape from the vehicle, Hopkins threatened to kill both of them if he didn't return to the trunk, police said. The man returned to the trunk until he heard Hopkins leave with the female victim.

Hopkins took the female several miles through orchards and up a canal road, eventually stopping. He then tied her hands behind her back, forcibly raping her, police said. He also attempted to sodomize her. After raping her, he drove the woman to another orchard in Shafter and released her after telling her that he knew where her family lived and that he would skin her if she talked to anyone, police said.

The woman was located by a citizen who was out for a morning run. Hopkins was linked to the rape by DNA evidence, police said.

Hours before the incident, Hopkins was seen breaking into a vehicle in the parking lot of Peters Funeral Home in Shafter. Two men had confronted Hopkins about the break-in, but Hopkins managed to flee the area, but not before leaving a couple of fingerprints that ultimately connected him to the crime, police said.

According to Shafter Police Chief Kevin Zimmermann, Hopkins was located in Lake Isabella, and apprehended there.