Golf tournament will now be run by scholarship association 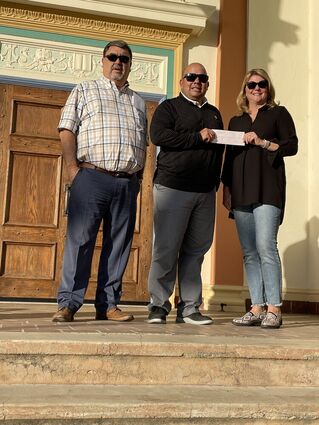 The Wasco Community Scholarship Association will now be in charge of a golf tournament and its donated money.

Jesse Acebedo was a long-time Wasco High School supporter, a Kern County Sheriff's deputy at the Wasco substation, founder of an annual golf tournament supporting leadership at WHS, a correctional counselor and a WHS board member.

"Dad would go out and get donations for the tournament," son Jeff said. "We have given away about $20,000 in the past five years."

Acebedo talked about his father's involvement with Wasco activities and events such as the Rose Festival, the golf tournament and PALS KCSO camp.

"This still needs to be officially voted on at a WHS Community Scholarship Association meeting by all the members of the committee," member David Ward said. "I don't see a problem with the Association not accepting this."

Acebedo will assist the WCSA with the annual golf tournament. The tournament has been held on the first Saturday of October.

Ward said that scholarship applications will be available in December and can be found on the WHS website. He emphasized that the deadline and requirements for the scholarship award are strict and only for WHS graduates.