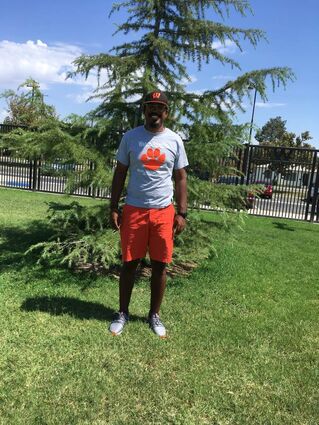 "It's a great honor to be named Coach of the Year," Martinez said. "I accepted this award on behalf of my entire coaching staff."

Martinez said he worked with the best coaches in the nation and gave a big shout out to his Offensive Coordinator Joe Dominguez.

"He lit up the scoreboard all year with a dynamic offense on the ground and in the air," Martinez continued. "I also want to give a huge thank you to our community."

Martinez said Wasco has the best fans in the world.

"Every game feels like a home game, and the players feel the love and support from the town daily," he said.

Martinez also thanked the players for their time and commitment.

"We had a heck of a team, including the SSL Defensive Player of the year Armando Medina, SSL Lineman Brayan Ruiz and SSL MVP Runner-Up Jacob Ruiz," Martinez said. 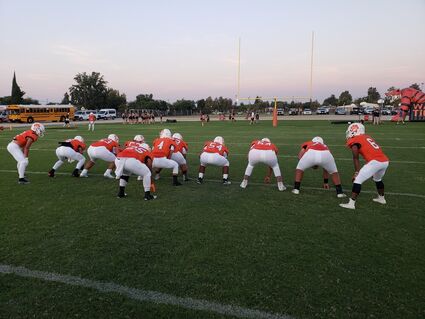 The season started on Aug. 20 when the Tigers played Tehachapi for a 50-14 win and continued to Sept. 3 when Wasco beat South 47-6. The winning season continued on Sept. 10 when Wasco beat North 41-26. The Tigers' next game was on Sept. 17 when Wasco played McFarland and beat their team for a score of 50-6.

The Tigers entered the playoffs with determination, skill and strength by beating Centennial 28-21; however, the playoff game against Frontier High was the end of the road for the Tigers when Frontier beat the Tigers 35-0.