Hanner remembered as more than a pilot 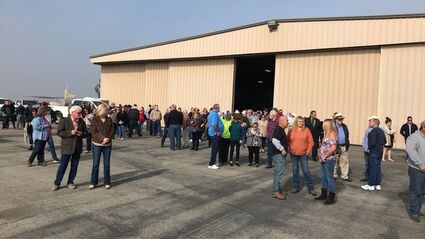 Max Hanner was remembered at a memorial service at Minter Field.

Max Hanner, a pilot who died during a crash Nov. 3, was recently remembered at a memorial service at Minter Field.

Max Hanner was a long-time pilot for Inland Cropdusters, Inc., flying for them for over 30 years.

Hanner was tragically killed on Nov. 3, near the Minter Field Airport, in a field across from The Grapery. Hanner lost control of the aircraft and crashed, bursting into flames upon impact.

While Hanner flew as an occupation, it was also his passion.

When he was in the air, he was at peace, soaring in the clouds. Hanner became interested in flying when was attending Cal Poly San Luis Obispo, where he was studying Agriculture. Hanner decided to learn to fly.

After graduation, Hanner decided to make his new passion a means for support, starting work for Inland Aviation, Inc. He got so accomplished at his passion that he lent himself to the big and small screens, featured in several movie and television projects.

Hanner was known as a kind and caring man who always had a smile for someone who needed it. A soft-spoken man, Hanner could also be very outspoken when it came to his other passions - his family, friends, his LA Dodgers, and his Chargers on the gridiron. Hanner grew up loving sports and the interest never waned.

Hanner was known to many people, touching so many in different ways. 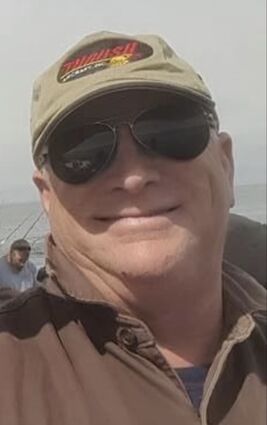 Max Hanner was quick with a smile.

Jamie Stewart, editor of the Shafter Press, said his dad, Jim Wisley, worked in the agricultural business their entire time in Shafter. He was a pilot himself and kept his pilot's license even after he had to get rid of his plane. He had a chance to meet Hanner one day when he was at the farm he was working at.

"I think that he is about the only guy I've met that loves to fly as much as I do," Wisley said.

Some knew Hanner for years, some just knew him as the man in the yellow plane.

Randy Bergstrom, who grew up just north of Shafter, remembers watching Hanner fly around the fields around their house.

"I never did get a chance to meet him, but I will never forget that yellow plane soaring over our house."

Bergstrom also said that they were watching television one night and saw a man flying a plane. His dad told him, "You know that yellow plane that flies around our house? That's him!"