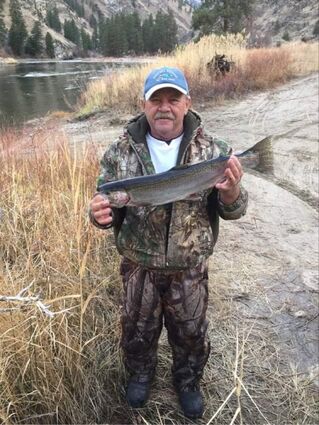 Keith was born and raised in Wasco and graduated from Wasco High School in 1972. During his senior year of high school, he met his wife of 47 years, Donna, while at Pismo Beach on a family vacation. He tried to push her off the pier into the red tide water, and the rest was history.

In 1973, he joined the US Air Force, and that is where he met his "one good best friend," Richard Vaughan. He served in the Air Force as an aircraft technician and used the skills learned to later become one of the lead techs for Hewlett Packard. His title may have been aircraft technician, but he'd always call himself "a jack of all trades and a master of none." Keith spent time working at the family business – Howard Hay Company, and eventually created his own business – Total Home Maintenance. There was never a job too big or too small or a tool he couldn't fabricate.

He was an extremely accomplished aircraft technician, receiving awards during his active military duty, corporate and private aviation careers. He was a skilled craftsman and perfectionist with each task he undertook. Keith was a jokester and the life of the party, a beloved husband, father, grandpa, son and son-in-law, brother, uncle, cousin and friend. He absolutely loved fishing, hunting, playing lottery scratchers and slot machines, spending time with his family, BBQing, a good margarita and his ranch.

A celebration of life will be held in spring of 2022 in Glennville. The family would like to express their heartfelt gratitude during this time to all that knew and loved him. In lieu of flowers, donations can be made in memory of Keith D. Howard to honorflightkerncounty.org