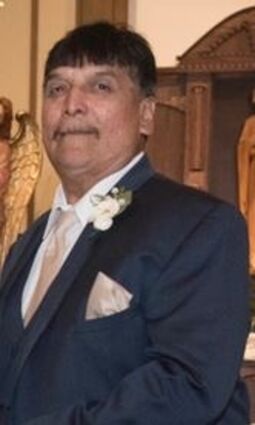 Sam's story starts on Dec. 5, 1951, the oldest child to Samuel Sr. and Antonia Rodriguez. Sam was born in Casa Grande, Ariz. In 1956, his parents moved their small family to Wasco, where he would spend his childhood, grow up and make many lifelong friends. He graduated from Wasco Union High School in 1970; he went on to study political science at California State University, Bakersfield.

Wasco is where he would meet the love of his life, Phyllis. They met while at the park on a Friday afternoon, and it was love at first sight. They married on Aug. 26, 1972, made a wonderful life together and raised their three children.

Sam was the life of the party and lived life to the fullest. He never met a stranger, and you could always count on him to lend a helping hand. The simplest pleasures in life brought him great joy: cheering on his grandkids, an ice cold Coors Light, rooting on his beloved Dodgers and Rams, taking his grandkids to Joe's Market, his Duck Donna or taking a road trip to Arizona.