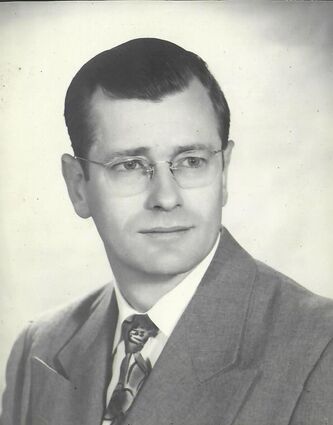 Gordon Alexander Drescher was born in Moose Jaw, Saskatchewan, Canada, on Jan. 23, 1922, and passed away on Oct. 24, 2021, with his wife by his side. He was the only child of Joseph Vernon and Ellen Shepphard Drescher. His maternal grandfather Alexander Shepphard had emigrated from Scotland and was one of the founders of Regina, Canada. The little family moved to the Los Angeles, when Gordon was less than a year old.

Gordon would tell a selling magazine on street corners and raising pigeons and rabbits. He was certainly a child of the depression which may explain some of his eccentric and thrifty ways. He was a fine chess player and toyed with the idea of doing that professionally but soon realized that it would be very hard to make a living. He graduated from the University of California, Los Angeles and received his law degree from UC Hastings. While waiting for the results of his bar exam he supported himself by going to the racetrack. His first job as an attorney was the State Compensation Insurance Fund. He decided to go off on his own and after a happenchance encounter with a friend at Kimberlina Road and Highway 43 he learned Wasco was looking for a city attorney. He procured that position planning to only stay a few years, but spend his entire life there.

He had many interests. He was an owner of a grocery store, row crop farmed, had a cattle ranch and loved to make a good "deal." Without a doubt, though, his greatest passion was the law. Once a woman came in for a divorce with her mother. She said "Mr. Drescher did my mother's divorce with her mother. She said Mr. Drescher did my mother's divorce, and he'll probably do my daughter's, too. In his younger days he was active in fraternal organizations and probably incorporated the majority of nonprofits in Wasco gratis. He had been a Freemason for close to 70 years. Gordon practiced law until his early 90's only giving it up because he lost his sight. For some time, he had the lowest bar number of any active attorney in Kern County. One attorney quipped it was number 3, but it was actually 19875. He was Wasco city attorney for 50 years. The last position he held was as a director for Wasco Affordable Housing.

He loved jazz music. For his 80th birthday he received a saxophone, but the only thing he could play was part of "Fly Me to The Moon." He was able to hear a tune and then sit down and finger the correct keys on the piano. 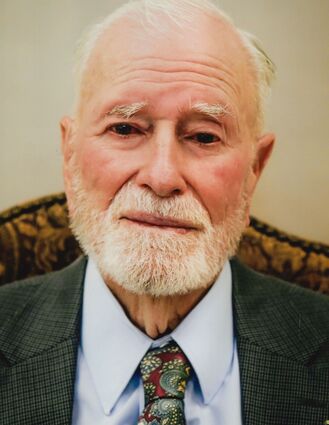 In the 1980s, the travel bug bit Gordon and the took a number of exciting trips. On the last trip to Russia, Siberia and Mongolia he brought back a wife. Everyone thought she was Russian, but she was just a banker from New York City.

Gordon was predeceased by his only child, John Gordon. He is survived by his wife, Jill. He is also survived by daughter in law Janet Young Drescher, two grandchildren Melissa Drescher and Marshall Drescher and a great granddaughter Cassandra Drescher. Other important people in his life were stepdaughter Cherith Merson of Fresno and her family, and Desiree Brandon's daughter of Michele Villasana, stepdaughter who died last year. Many thanks to the ladies at Paradise Garden and Bristol Hospice who took good care of Gordon when Jill was no longer able to.

A graveside service will be held Monday, Nov. 1, at Wasco Memorial Park at 10 a.m.