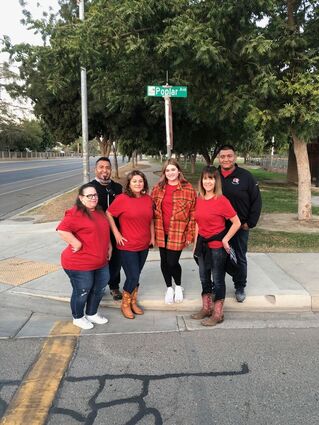 The Rose Festival Committee had to work quickly this year with three weeks to prepare after the festival got the OK from the City Council.

"Several of us had been receiving inquiries from Wasco residents about whether or not there would be a parade and festival," committee member Sharon Sharp said. "When it looked like it would not happen, we decided to get a group together and see if it was feasible to arrange in three weeks. We believed Wasco should not go another year without those events."

Sharp added last year when the quarantine was in full force, the committee understood canceling everything, but this year it needed to happen.

"The countdown began," Sharp said. "We reached out to people who are vested in the community and set out to assess the circumstances, determine priorities and do what needed to be done. We started as a group of folks committed to an idea and grew into a committee, which solidified with each communication."

Traci Mills-Clendenen explained they began by determining what was needed and based tasks on individual strengths, she said.

"Each of us has strength and the more discussions we had, our strengths became our tasks," Mills-Clendenen said.

"Everyone had input into all areas," she added. "For instance, Camilo Vasquez had helped with parades in the past but his expertise with food vendors was essential. So while his primary task was at Barker Park, his contribution to the organization of the Rose Parade was invaluable.

"Ultimately the entire festival was a collective effort," committee member Emma Dobbs stated. "Our whole team stepped up and helped each other out."

Clendenen also worked with Josh Hinojosa representing Blood Alley Truck and Car Club to organize the car show that Danny Rueda had organized prior to his passing and in past years.

"I also worked on logistics at the park with Emma, Orquidea, and Camilo so the vendors and car show would feel like one event instead of separate events," Clendenen said.

"Orquidea, Ruvi, and Traci also worked on the Orange Heart Foundation Dance that closed out the day separate from their festival duties," Sharp added.

"While everyone worked hard, I cannot imagine how we could have pulled this off without Juan Gallardo," Sharp said. "He was like Mary Poppins! He just kept showing up with exactly what we needed. He is the epitome of what we strove to build - a committee of hard workers, who bring creativity and fun with no ego or care about credit to do good things for the community they all love."

"While each had organized events in the past," Sharp said. "None of us had planned and executed a parade, festival and car show nor had we put together something of this magnitude with so little lead time."

The committee then addressed the easiest part of putting the event together and that was that each member of the committee supported each other.

"We all felt the same pressures and weaknesses and stood by each other," Mills-Clendenen said. "We did not let another one fall."

"It was my first year helping in this event and putting together and assisting vendors," Dobbs said. "I needed help in some areas and everyone joined together to help me. Every question I had was answered. From late night FaceTime calls to going out of their way to send me nice messages. I truly am so happy to be part of this team." 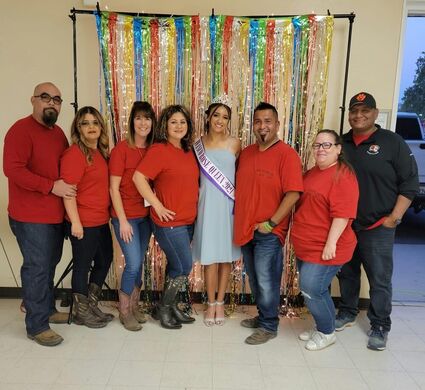 Dobbs said that leading up to the parade was very stressful, "but the day of seeing the kids smiling, the vendors being so kind to me and seeing how well the day went made me very happy."

"My favorite part of this event was seeing the outcome of it," Ocampo said. "In such a short amount of time, we were able to get it done. This was a group effort, and we all worked so hard because Wasco needed this. We hope that beginning next year we can make this event bigger and better each year."

The committee as a whole believes the event went as well as it could as it was planned.

"There will always be hiccups but given the timeframe we had, it went extremely well," Sharp said. "It could not have been possible without the support of the City of Wasco, Wasco Recreation and Parks District, Wasco schools and most importantly, the community of Wasco."