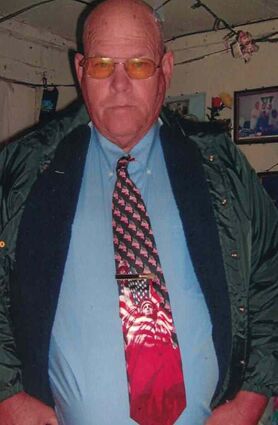 Clifford was born Dec. 30, 1942, in Raiford, Okla., to Homer and Mildred Pierce. In 1958, he moved to Shafter, where he met his wife, Glenda Jeanette Foster, in 1967, and they were married on March 16, 1972. Together they had four children, 14 grandchildren and 10 great grandchildren; daughters Melissa Mora (Javier) of Pennsylvania, Lahoma Morgan (James) and Mildred Pierce (Joshua Garzoli) of Bakersfield and son Clifford Pierce Jr. of Shafter.

Clifford was a veteran member of the American Legion, DAV, NOTR and Vietnam Veterans of America. He served in the Army from January 1968 through November 1971.

He was preceded in death by his parents, Homer and Mildred Pierce; daughter Frances Pierce; grandson Angel Pierce; and two brothers and one sister, Johnny Pierce, Timmy Pierce and Katherine Chapman. He is survived by a sister, Lela Gee, and brother, Bobby Pierce.

Funeral services were held at Greenlawn in Bakersfield on Oct. 6, and burial is pending.