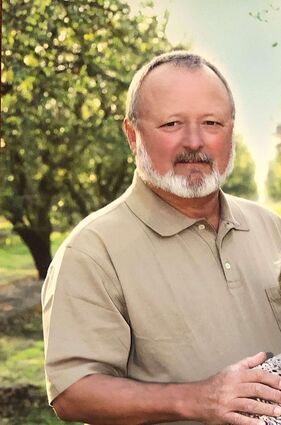 Charles Matthews Wedel, of Wasco, was called to the Lord on Sept. 27, 2021. Chuck was born in Wasco on Nov. 14, 1954, to Larry and Judy Wedel. Wasco is where he would find the love of his life, Mickie Wedel. Charles and Mickie married on Sept. 1, 1972, and went on to have four amazing sons, Jeff, Jeremy, Nick and Chris.

Charles worked in agriculture for over 35 years. He farmed it all: cotton, alfalfa, wheat, almonds, corn; you name it, he could grow it. He worked at Global Fabricators for a little over a year, but he soon found farming once again working alongside his best friend, Courtney Howard. Once retired, he was known as the one-stop shop to fix anything and everything. If it couldn't be fixed, it was because it was manufactured by a communist.

Charles was known by many as Chuck, Chuckie poo, Cliff Claven of the group, but his most infamous name of all was Papa. As good a farmer as he was, his favorite job of all was being a father and grandfather. He was the best dad/grandpa a family could ask for. Opinions varied on his babysitting techniques, but in his words, he was OUTSTANDING!!

Often Chuck could be found at his favorite watering holes: the North 40, The Victory Cafe and the pizza parlor. Charles made sure to donate his time to organizations such as Pyles Boys Camp, Sheriff's Posse, and the 20/30 Club.

The Wedel family wants to thank everyone for the love and support that has been shown toward our loving husband, father and Papa. A special thank you to Courtney Howard for being Chuck's lifelong friend. Our family will be forever grateful.

A memorial service for Chuck will be held at the Shafter/Wasco Elks Lodge Friday, Oct. 1, beginning at noon.