5 dead after standoff in Wasco 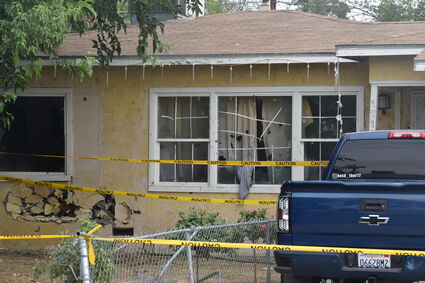 This house on First Street was the scene of the deadly standoff.

The Kern County Sheriff's Office lost one of their own Sunday after a standoff left five people dead.

Sheriff Donny Youngblood held a press conference at the Sheriff's Office Headquarters on Monday morning, to update the public on the investigation.

The SWAT team responded to the home on 1st Street at approximately 3 p.m. Sunday.

"We received reports and 911 calls indicating that there were people shot inside of the house, and we believed that there was a possibility that there were still subjects in the house who were alive," said Youngblood. "This is why we opted to approach the house and attempt to enter the residence."

During the attempt, Campas was shot. He underwent emergency medical assistance at the scene, but was declared dead.

Campas, 35, was a five-year veteran of the sheriff's office. Before that, Campas had served as a Marine, stationed in the Middle East as part of Operation Enduring Freedom.

Campas was a member of the SWAT team, as well as the Honor Guard and serving as an academy instructor. A procession took place outside of Kern Medical Center, with an escort by officers to the Medical Examiner's Office.

The suspect also shot another deputy, Dizander Guerrero, who was treated and later released from a local hospital. There were also two other deputies that were hit by shrapnel, but who remained on scene.

At approximately 6:28 p.m., deputies were able to shoot the suspect - Jose Manuel Ramirez Jr. - when he went on the roof of the house. 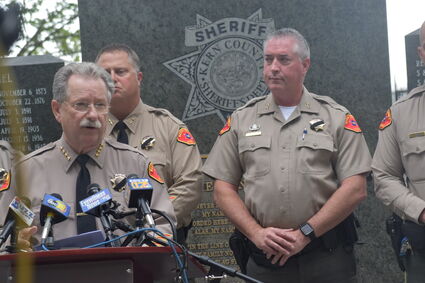 Youngblood said the suspect was treated at the scene but was declared deceased.

Youngblood said there were two females, and two young girls who were able to escape the residence.

"The investigation is still fluid and we are doing everything by procedures, and are being very cautious," said Youngblood.

Youngblood said that Campas was a hero who touched so many lives in his short five years on the force.

"We were talking and we thought that he had been with us for 10 years, but it had on