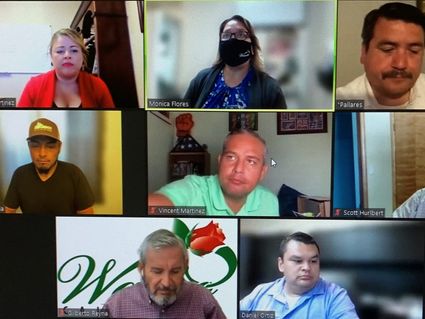 Director of Finance Isarel Perez-Hernandez gave a presentation to the City Council during a special meeting on some increases that will occur during the fiscal year 2021-22.

Hernandez stated that there will be significant increases in Measure X costs. Funds from Measure X come from the 1% bond issue passed in 2016 that raised the sales tax in Wasco by 1%. That means these items are paid for through the sales tax.

One of the increases is in body cameras in the amount of $55,518. This is due to the Kern County Sheriff's Office adopting a contract from Axion Communications for all officers and some vehicle cameras. Wasco previously had a contract with a local company and will be using the county's new contract now that the sheriff's office is working with Axion.

Another increase will be $60,000 for a Traffic Calming Study. This study will be used to place items to help slow traffic down such as speed bumps in parking lots and speed humps in streets.

There will be $39,629 budgeted for planning consultant services that might be needed.

There will also be $30,000 budgeted for emergency building inspector services if needed. Recruitment for human resources will be from $7,650 to $27,350.

There will be another special meeting Thursday, June 24 to approve the budget.