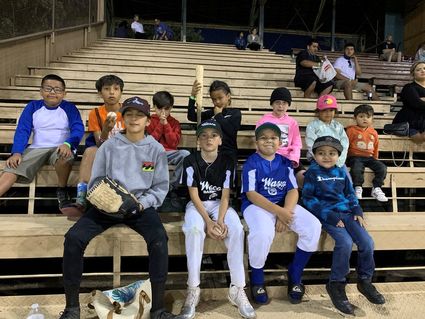 The Wasco Reserve season has started out rocky after the team lost the first three games they played.

The Reserve is in the six-team Pecos League Pacific Division with Bakersfield, Santa Cruz, Monterey, Martinez and San Rafael.

In their first game against the Monterey Lumberjacks, the score was tied for most of the game, but the Lumberjacks pulled ahead and the game ended 12-11.

The first game began with rock music greeting attendees adding a spike of energy as they climbed up the bleachers.

"I like going to the games," said attendee Gustavo Ruiz, 8.

"There were 80 tickets sold to the first game," Wankum said. 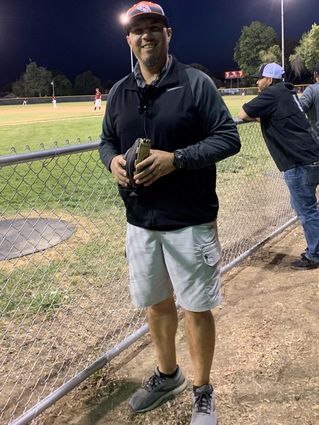 Recreation and Parks Department's Juan Bernal attended the first game with his daughter.

Their next game is Thursday evening at 7 p.m. at the ballpark against the Bakersfield Train Robbers. Following Thursday's game, the Reserve plays the Train Robbers once again on Saturday, June 19 at 7 p.m.

Coached and managed by Nick Ray, Ray said that the players had practice Tuesday evening, June 15, at 6:30 p.m. due to the intense heat predicted for the week.

Ticket are $5 and the snack bar sells cold beer and refreshments.

The snack bar was closed for the first two games but was expected to open at last Sunday's game at 2 p.m.

The Reserve's schedule can be found at WascoReserve.com. The team plays in Wasco when the square is blue, but check the time because games may be scheduled for a different time on any given day.

Host families are still needed for players. If you would like to be a host family, please contact Manager Nick Ray at 951-3923-6156.