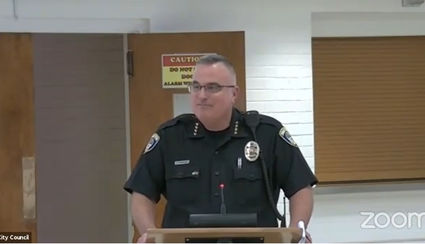 The City Council was introduced to three new officers who have joined the Shafter Police Department.

Officer Marvin Gomez, who is a Kern County Sheriff's Office veteran of over 25 years, was hired by the department in May 2021 and is his second phase of field training. Chief Kevin Zimmermann said that the city is fortunate to have hired Gomez, who is a county leader in the Gang Task Force Units and has been one of the foremost experts in fighting gang activity.

Officer Rachel Carrasco was hired this month and is in her first phase of field training. Carrasco comes to Shafter from the Kern County Sheriff's Office, where she has served as a deputy for the past 10 years. Carrasco has experience as a detentions officer, academy teacher, and in the drug task force.

Officer Matthew Sanchez comes from a law enforcement family and his father worked for the Kern County Sheriff's Office for decades before moving to his current position working for the Department of Motor Vehicles. Sanchez has been in law enforcement since 1999 and most recently served as a patrol officer for San Luis Obispo.

The council voiced their excitement for these experienced officers to join the Shafter department.

"We want the best and we thank you, Chief, for getting us the best," said City Council member Gilbert Alvarado.

In other council action, there was a presentation introducing Shafter's Urban Water Management Plan for the community.

The plan reported that there has been a growth in the water customers numbers, specifically in the Gossamer Grove area, but this area is serviced by the Oildale Mutual Water Company, not the City of Shafter. The City of Shafter currently has a total of nine water wells, with six of those currently serving the city's water needs.

The report said that the city's water conservation steps have improved the water supply and have strengthened the city's position when it comes to its water needs. The report concluded that the city's water supply capacities are sufficient to serve the city through the year 2045, as well as the possibility of instituting a recycled water system that could be implemented if the need arises. This would include a 7.5 mile pipeline that would take waste water to the treatment plant and then have that water cleaned and recycled for agricultural use. 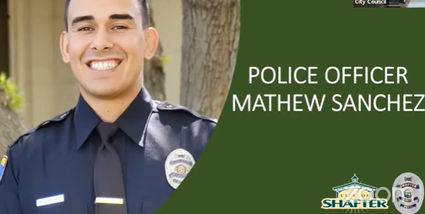 The City Council also voted to approve their annual Operating Budget for the fiscal year 2021-22, with a balanced budget that is showing a more positive result than what was projected this last year.

According to City Manager Gabriel Gonzalez, the projected $4 million loss in sales tax revenue did not materialize, in a large part due to the online tax revenue that the city enjoyed this past year. City expenditures include the department budgets, including the Police Department, which has a budget of $7.5 million, compared to last year's $6.7 million.

"With the projected losses from last year not realized, the city has an even stronger stance this year and instead of hoping to just stay the ship, trying to keep an even keel, we are in recovery mode and are in a strong position for this fiscal year," said Gonzalez.