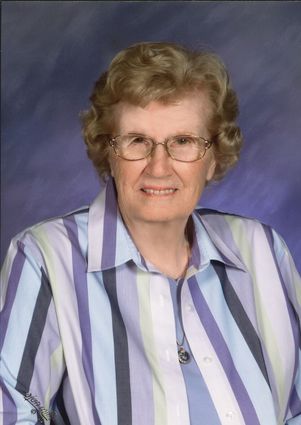 Shirley Bell passed away peacefully on May 26, 2021 at Hoffman House in Bakersfield. She was born in Long Beach on Sept. 21, 1928, to Harvey Allen (Dutch) and Rosella (Rose) Thomas.

She spent her childhood in various parts of California, including Wasco, and finally moved to Shafter. She was a 1946 graduate of Shafter High School.

While in school, she worked at her parent's gas station, Thomas Chevron, in downtown Shafter. After school, she would ride her horse, Penny, to work at the station. There she met her future father-in-law, Clyde Bell, who she thought was the nicest gentleman she had ever met.

When his son Leland returned from World War II, she found out the son was just as nice as his father. They were married at the Shafter Congregational Church on March 7, 1948. They spent their honeymoon on horseback, camping and climbing Mt. Whitney (she watched the horses). She went on many horseback trips and participated in hunting and fishing adventures as a young wife.

She attended secretarial school for two years and was the bookkeeper for the family farm. Soon there were three children, Susan, Debby and David. Shirley was actively involved with her children's activities, including the PTA, Camp Fire Girls, Cub Scouts, sports and dance recitals. Her greatest passion was serving her life-long church, Congregational Bible Church of Shafter.

She participated in many activities, including being a deaconess, and supported many youth and missionary activities.

Her most important calling was serving God in the church kitchen. For over 30 years she managed all aspects of the kitchen, including coordinating the annual Ham Dinner, the biggest fundraiser for the church. She calmly led the work crews in preparing the food, coordinating supplies and leading those who helped in all other facets of dinner preparation. She was a shining and humble example of a tireless servant's heart for God.

She was an excellent cook in her own right, especially known for her cranberry sauce and cinnamon rolls during the holiday season. You were very lucky indeed if you received these as a holiday gift. She was a Dodger fan and enjoyed taking her girlfriends to Opening Day for many years. During baseball season, she had her fingernails painted Dodger Blue.

In her later life, she and Leland were quite active socially, having friends over for dinner, going out to dinner and participating in many game nights. They also traveled to the Central Coast, the East Coast, Hawaii and New Zealand with friends. They were part of the "Shafter Armada" that traveled to Seattle several years in a row, where they took cabin cruisers into British Columbia with other families and their children during the 1970s.

Her life was quiet in the last five years since her beloved husband, Leland, passed away. She loved Sunday lunches with the family and playing games afterward. She did not like to lose. She was an avid reader and enjoyed watching old movies. She attended Bible study and church when able, always sitting in the back pew. No one dared to sit in her place. She will be greatly missed as she touched many lives in her 92 years. 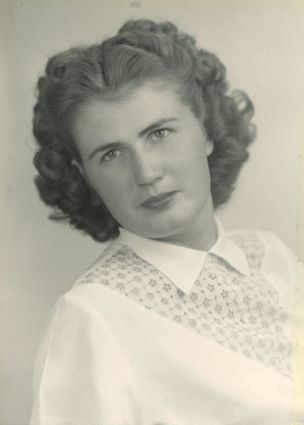 She was preceded in death by her parents; loving husband of 67 years, Leland Bell; and grandson Patrick Trihey. She is survived by her children, Susan Trihey, Debby Bell and David Bell; her grandchildren, Megan Trihey, Kevin Trihey and wife Gabi. Also, survived by a great grandchild, Alanna Trihey.

A special thank you to Around the Clock caregivers, including long-time caregivers Stephanie and Andrea. Your loving care meant so much to her and our family in her final years.