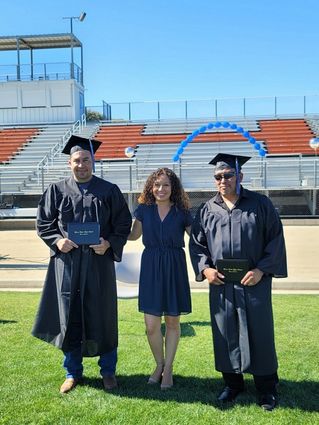 The ceremony opened with the National Anthem sung by Polly Hughes, Desie Claffy and Stephanie Wymer.

Principal Rusvel Prado told the attendees he was proud to be hosting his first graduation ceremony at Wasco Independence High School.

"This has been an extraordinary class due to an extreme year," Prado said. "What you have done is remarkable. The class of 2021 is a most passionate class."

Prado provided some examples of the students' passion. Several students were ready to drop out of high school yet found motivation by wanting to set an example for family. Many students expressed their thankfulness for the second chance.

"This is a new beginning," Prado said.

Isela Rodriguez and Raymond Pineda addressed the students from the Continuation Program by stating they had a lot of doubt about finishing school. There were too many things going on, they were too busy and they would finish at a better time; however these students thanked their families for encouraging them to continue with school. Both students were encouraged by their instructors' support. 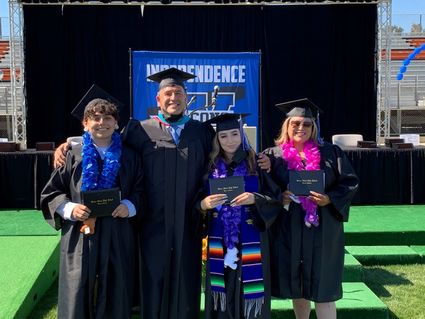 Independent Studies Program speaker Angel Llamas Perez told everyone not to give up on their dreams. Recognizing the challenges of finishing school, Perez exclaimed, "We did it!"

Prado addressed the graduates, telling them it is their duty to continue the tradition of furthering their education and to make it either around the rock in the road or climb over that rock.

Prior to closing remarks, Pardo mentioned WIHS student Florencio Zamora, who died in a vehicle accident earlier in the year. Prado said that Zamora would be receiving his diploma and his parents would be accepting it in their son's name.

"We made it through a virus that started halfway around the world, which changed our lives," Prado told the graduates. "You have overcome adversity. Be a part of the solution."