Scent of lavender to fill the air for festival 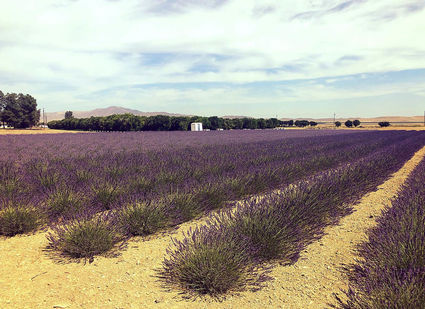 Four acres of lavender are grown on site.

The Lavender Garden, located between Bakersfield and the Central Coast, will be hosting its First Annual Lavender Festival on Saturday and Sunday, June 12 and 13.

The event is for the entire family with a variety of vendors, food, a petting zoo, train ride and live music, said Anna Valdivia of the Lavender Garden.

The festival will include the crowning of the Lavender Festival Queen, Jr. Queen, and Princess on Saturday at 1 p.m. The pageant is hosted by Legacy Productions and Miss Kern County.

Jim Ranger, who is a Bakersfield native and a contestant on The Voice, Season 19, will be performing on Saturday at 6 p.m. There will also be more live music throughout the day Saturday and Sunday. 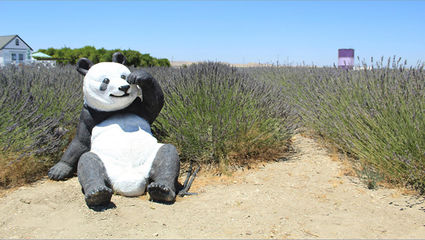 A variety of animal sculptures dot the landscape including Promise the panda bear.

The festival will take place in the middle of the only existing lavender fields in Kern County. The Lavender Garden is four acres of five different varieties of lavender. Their gift shop will also be open. The gift shop includes soaps, lotions, honey, essential oils, diffusers, apparel, cooking ingredients and more.

Another attraction is the collection of animal sculptures that dot the landscape, including Promise the panda bear, a goat, pig, cows a zen dog and dinosaurs. You can get your picture taken with the sculpted zoo.

Valdivia added that their site includes RV accessibility, umbrella-covered tables, and a Dog Park. The Lavender Garden is located in the northwest corner of Kern County, half-way between Bakersfield and the Central Coast. Blackwell Land was founded in 1871 by three French immigrants who came to California in 1848 during the Gold Rush. Descendents of the original three held on to the land, overseeing cattle and sheep ranching. Now, the youngest generation has opened the farm to visitors.