Former Shafter leader will transition under Ortiz-Hernandez until July 1 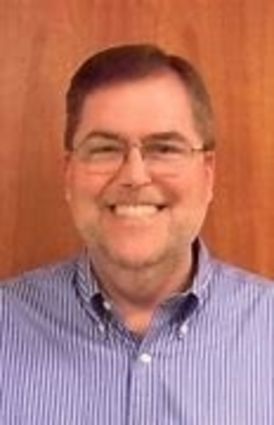 Former Shafter City Manager Scott Hurlbert will be taking on a new set of challenges when he becomes Wasco's chief operating executive next month.

Hurlbert was the city manager for the City of Shafter from March 2014 to August 2019, when he was forced out by a change in the composition of the council.

Hurlbert is known for continuing the economic expansion of Shafter through the addition of over 3 million square feet of logistics warehousing at the Wonderful Industrial Park, creation of hundreds of jobs and the addition of the city's rail container yard. He also led the expansion of the city fiber optic network (shafterconnect.com) and was instrumental in adding new commercial and residential development.

He also expanded the Education Partnership program by establishing the Shafter Learning Center in 2014 and planned as well as executed the seamless succession of five retiring department heads in a 3-year period.

In November 2009 to February 2014, he was the assistant city manager in Shafter.

He is also a programmer/analyst and was with Quantum Data Systems from 1984-1989 where he was the first employee to start up a software consulting firm developing early computer software.

Prior to that, Hurlbert was the first employee at a start-up civil engineering firm.

Hurlbert's incoming salary will be $180,250.00. In addition, he will receive a monthly car allowance of $600 that will compensate him for travel within Kern County. Also, Hurlbert must remain accessible 24 hours a day for operational and emergency call-outs.

His contract is available on the city's website, wasco.com..

In addition, other business discussed at the meeting held Tuesday, June 1 via Zoom, was Wasco Substation Sergeant Peter Martinez report on crime statistics. Martinez reviewed some incidents that were covered in the weekly arrest log and provided the following statistics for the month of April and May:

In April there were 833 calls for service compared to 839 for May. The numbers of total arrests for April were 139, which dropped down to 95 in May. Citations (traffic/parking went from 66 down to 53 in May. Patrol checks also dropped from 76 to 44 while narcotic-related cases jumped from 29 in April to 35 in May. In addition, there are still 35 cameras registered in Wasco.

Ortiz-Hernandez also reported that the high speed rail authority has not received word on their grant application yet, which would help the city pay for the demolition of the former labor camp housing.

The city recognized the month of June as Proclamation for Pride Month, and Mayor Alex Garcia asked everyone to be kind and tolerant to everyone.