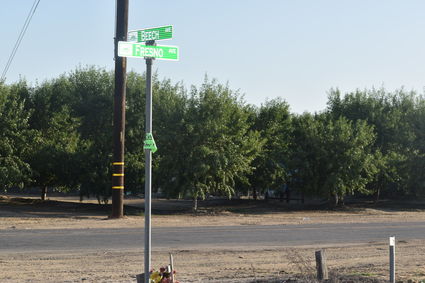 The vehicle crashed near the intersection of Fresno Avenue and Beech Avenue in Shafter.

A Wasco man was found dead in his vehicle after being shot and then crashing into an orchard in Shafter.

The man, later identified as Tony Sanchez, 64, of Wasco, had reportedly crashed into the orchards near the intersection of Fresno and Beech avenues.

According to Police Captain Diana Burnett, it is suspected that there is another vehicle involved in the incident. At the beginning of the incident, there was misinformation being reported that the accident was the result of a police pursuit. This turned out to be false, with the police department arriving on the scene after the vehicle had crashed into the orchard.

Fresno Avenue was closed for several hours to conduct the investigation and clean up the scene. The investigation is ongoing. Anyone with any information on this incident should contact the Shafter Police Department at 661-746-8500.