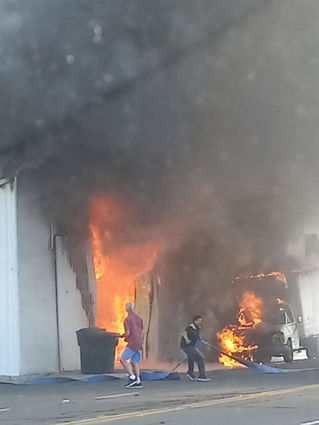 The blaze was upgraded to a two-alarm fire upon arrival. (Photo by David Arismendez)

A fire at a building in Buttonwillow killed a dog, left eight residents without a home and destroyed a furniture storage area.

The Kern County Fire Department responded to a building in the 100 block of Front Street on Sunday, May 16 at around 10:30 a.m. The heavy flames ignited a car next to the building and an adjacent building.

The building, a two-story structure, had apartments on the upper floor and a furniture storage area on the bottom floor.

All firefighters and the residents escaped injury, other than the canine fatality, the fire department reported.

To help the residents, SAVE cards were distributed from the California Fire Foundation. The Red Cross was also on hand to assist the victims of the blaze.

The cause of the fire and the estimated value loss as a result of the blaze was not available at press time. 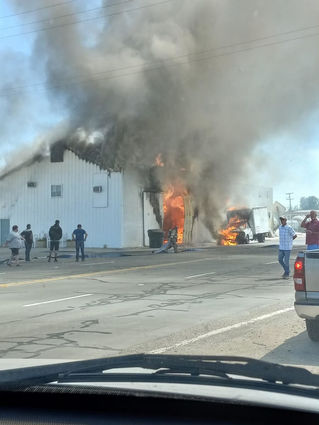 Eight people were displaced as a result of the blaze. (Photo courtesy of David Arismendez)