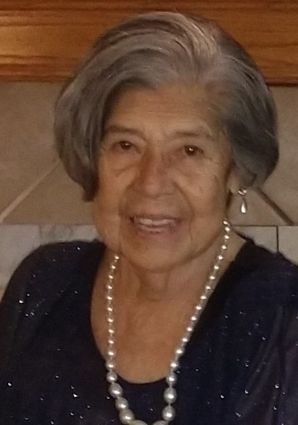 Anselma V. Flores, "Chemita," was born April 21, 1930, to Leonila Gamez and Ventura Vasquez in Linares, Mexico. Anselma lived in Texas and Arizona, then made her home in Wasco for the last 56 years.

Anselma worked for Jackson & Perkins/Armstrong Roses for over 40 years. She was a member of St. John's Catholic Church. She loved to travel to visit family in Mexico, Texas, Utah and here in California. She also ventured to Canada, Hawaii and Las Vegas.

She had such a welcoming heart and helpful hand that she created so many wonderful memories and friendships over the years. Her favorite times were watching her grandkids play sports, watching her LA Dodgers on TV. and in person. The Dodgers organization sent their deepest condolences and had her picture up on the message board. Anselma also loved her gardening and crocheting.