Travel to Oz this weekend with Young Adult Theater 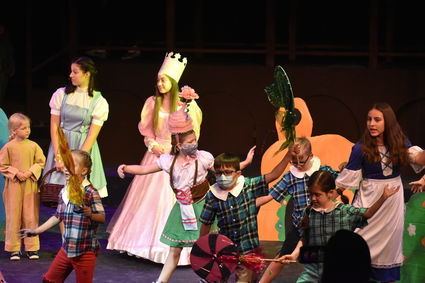 The children of the summer theater group are the Munchkins in the production.

The Shafter Young Adult Theater group will be presenting their production of the old classic, "The Wizard of Oz" this weekend, Friday, May 7 and May 8.

Show times are 7 p.m. for Friday and Saturday, with a 2 p.m. matinee on Saturday as well.

Directed by Chad Givens, the group has been rehearsing for a couple of months.

Starring in the lead role of Dorothy is Lauren Givens. Givens has been acting for a couple of years now, with her previous performances as Ariel in the Little Mermaid and in their production of Annie.

In her role as the Scarecrow, Megan Bloemhof makes the role hers with a mix of acting, dancing, and comic timing. Bleomhof played the title role in Annie two years ago.

Adding to the cast is Daelyn Smith as the Tin Man, Matthew Maldonado as the Lion, Camryn Eubanks as Glinda the Good Witch, and Emily McGuire as the Wicked Witch of the West.

The Shafter Children's Summer Theater is also involved as they play the Munchkins and the townspeople of Oz. 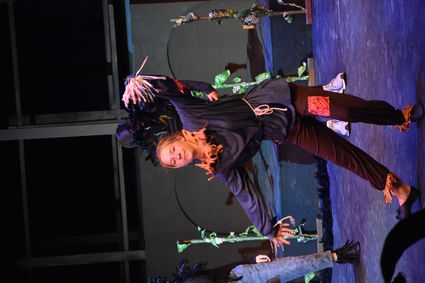 Megan Bloemhof shines as the Scarecrow.

Roya Eubanks is the production's choreographer and Guillermo Martinez, the band director for the Richland Junior High, leads a 20-piece band that accompanies the show.

The brainchild of Cris Starrh, who has led the Children's Summer Theater for over 20 years, Shafter's Young Adult Theater has been producing shows for three years now, with previous productions of Annie, A Christmas Carol, and You're A Good Man Charlie Brown.

"This group is for young adults from high school, to people in their 30s who still have that passion for the arts," said Starrh.