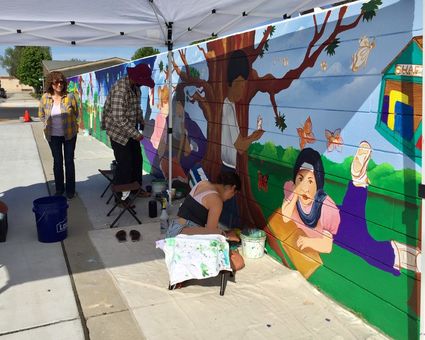 The fate of the Shafter Branch Library is in limbo as the current agreement ends in June.

Over the weekend, the library held an event to make the community aware of its uncertain fate.

The city entered into an agreement with the Kern County Library to open the Shafter Branch for two days a week until the end of June. After this agreement has ended, another plan will have to be in place to keep the library open.

The library was not opened back up by the Kern County Libraries during the pandemic and the county decided to open different branches in Delano, Taft and Wasco.

Support for the library from the public resulted in the agreement that is in place currently.

"Our library is instrumental in the education of our young people, as well as the adults who utilize the library," said Shafter Education Director David Franz.

The awareness event had a booth set up with a variety of books that children could pick up for free, as well as a booth by Recreation and Parks Director Philip Jimenez, which had information on the upcoming sports season. 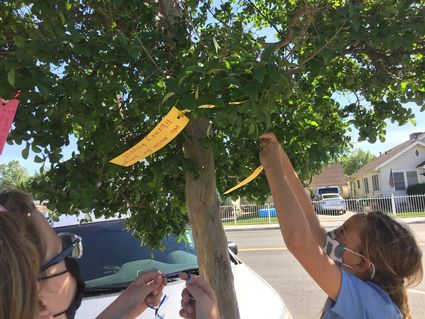 A tree outside the library had wishes and visions for the library wrote out by local children. Each wish was written on a tag and attached to the tree.

Attendees also had the chance to see the Mural of Dreams being painted across the street. This project is the dream of a few children that participate in the Shafter Learning Center's programs. The children, together with Listen to Shafter and organized by Melissa Bergen and Katie Wiebe, thought a mural would be a perfect project to beautify the wall across the street from the library. The project was approved by the city and the painting commenced, depicting a series of dreams and visions of local children.

"This project shows the dedication of our youth, and the desire they have for learning," said Bergen.

"We helped make the dream a reality, but this was all because of the children who proposed the project," said Wiebe.