By Staff Report
The Shafter Press 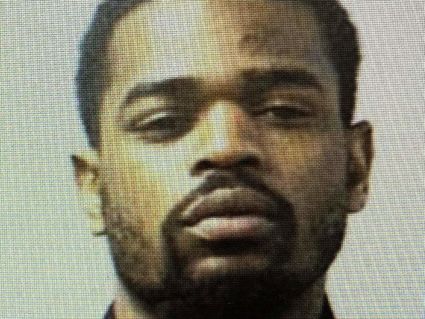 A Lerdo Justice Facility inmate is still on the loose after he escaped April 28.

Detectives and the Special Investigations Division are leading a thorough criminal investigation into the whereabouts of Johnson and into anyone aiding in the escape or assisting in concealing Johnson's whereabouts. Anyone with information is urged to contact the Sheriff's Office at 661-861-3110, Secret Witness at 661-322-4040, or 9-1-1.

The Kern County Sheriff's Office Professional Standards Unit is conducting a complete assessment of the facility to determine the circumstances of the escape and any flaws of the building or staff that need to be addressed.

Any and all structural, policy, and/or staff issues will be addressed accordingly. The sheriff's office will release its findings.

On April 28, two inmates escaped; David Reagan Palms and Johnson. Palms was found and arrested last week at the Dollar General in Shafter on Lerdo Highway.

Johnson is described as a 24-year-old Black male with brown eyes, weighing 160 pounds and is 5 foot 7 inches tall.

Both men were charged with the homicide of 3-year-old Major Sutton, of Bakersfield, in 2017. The two masked men kicked down an apartment door in Bakersfield where their target was Crips member Rodney Gupton who was living with Major's mother; however, Gupton was not at the apartment that night.

Johnson should be considered armed and dangerous. The sheriff's office said if you see him, do not approach him, and call 9-1-1.

Visitation and guest services at Lerdo have been shut down until further notice.