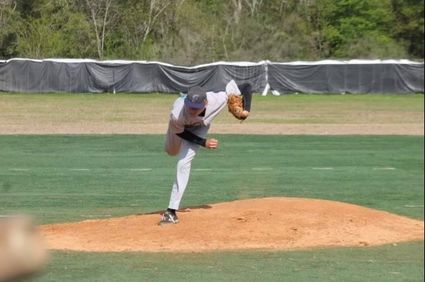 This year is pitcher Ryan Schroeder's first year on the Reserve team.

He was born and raised in San Diego and played at University City High School and San Diego City College.

Schroeder started playing baseball when he was 4 years old at North City Youth Baseball. He received several coaches and pitching awards while in high school and won a couple of games in collegiate summer leagues.

"My main position is pitcher," he said. "I have always known I was going to be a pitcher when I was younger and was able to locate my pitches better than some of the other kids."

Schroeder is excited to represent the city and bring the town its first title.

"When I am up to bat I always try and hit one over the fence every time but wind up grounding out to the pitcher," he said.

Schroeder relaxes by sitting back and playing some video games with his friends. He has one brother who is an up-and-coming chef that has worked under some big names in the food industry.

Schroeder said that his brother used to play baseball when he was younger, but he found cooking to be his passion in high school.