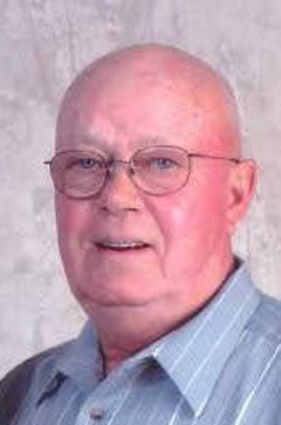 Wendell McGuire passed away after a brief illness with cancer. He was born into a family of four brothers, Gerald, Vernon and Glenn, to Fred and Frieda McGuire in Porum, Okla. They made Wasco their permanent home in 1951.

Wendell met Sallie Little and were married in 1954, and they had four children. Sallie was busy with babies and Wendell with making a living. He worked for Barker Bros. for a time and tried his hand growing hay with Randall Rankin.

He landed a job at Davies Machinery as a mechanic and learned about Caterpillar engines. He stayed with the same company for 38 years retiring as the manager of the truck, engine, and lift division. The names of the company changed over the years from Davies to Wallace Machinery and finally Quinn Company. Wendell was known to hire many Wasco residents looking for a job.

It was important to Wendell and Sallie to take their vacation time and travel. Their first trip was to Yellowstone in 1962. Traveling with a 4, 5, 6 and 7-year-old must have been okay, because they traveled every year until the children were in high school. The Don Galloway family and the McGuire family spent many hours on the road traveling through many states. The Hatleys, Massengales and Rutledges joined the group occasionally.

Once the children were grown and married, Wendell and Sallie continued to travel in a motor home. Longtime friends Bob and Thelma Hale and Willie and Martha Bennett traveled the United States together. In 2001 they were on the way from Niagara Falls to Washington, DC, when 911 occurred. They had to change their plans to circumvent Washington as they traveled home.

As with everyone, it was difficult during the covid isolation. Wendell missed going to the coffee shop every morning at 4 am. He would catch up on the news of Wasco with Leeman Parker, Jerry Arnie and Mike Martin.

Wendell was known for his garden facing Palm Avenue. Tomato plants, squash, cucumbers, bell peppers and okra could be seen by those driving by.

Wendell was survived by his four children, Wenette (Bob) Heywood, Freda Burke, Jerry (Marlene) McGuire, and Tommy McGuire, 10 grandchildren, 26 great grandchildren (plus one on the way), brother Glenn (Trish) McGuire, sister-in-law Mary Hatley and many other extended family members. He is preceded in death by his parents, brothers Gerald, Vernon, brother-in-law Berry Hatley, son-in-law James Burke, and great grandson Phineas Heywood. He was a wonderful son, husband, father, grandpa, boss and friend to many and will be missed by all who knew him.

In lieu of flowers donations may be made to the Wasco Elks Lodge or the Wasco Scholarship Fund in memory of Sallie McGuire.