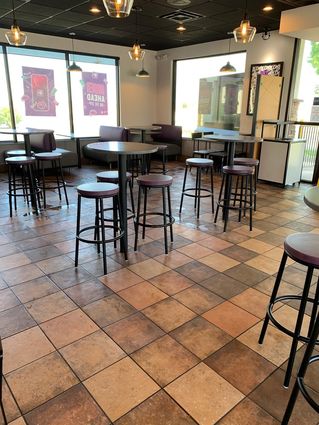 New floors and seating have been safely spaced in the upgraded dining area.

Taco Bell celebrated its recent renovation by giving away hundreds of free tacos for local residents.

On Saturday, April 17, Wasco's Taco Bell gave away free crunchy tacos to the first 200 customers of the day at its drive-thru window.

The lobby was closed to customers. Construction workers are finishing up the interior remodeling. 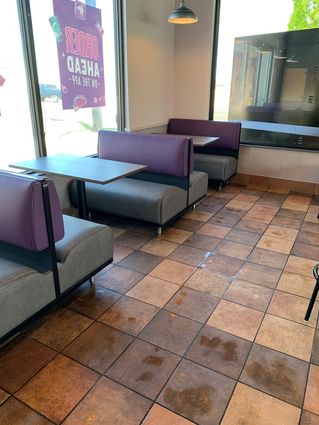 Placed on a newly mopped floor, new booths for customers have been added.

The construction crew was painting the inside and working on the redesigned interior counter and seating area, which will off free WiFi to customers.

The new flooring and painted walls spruces up the restaurant. The tables are safely spread apart to ensure safe distancing. Customers must wear a mask upon entering the restaurant.

Their story began in 1967 with the purchase of a Taco Bell by Peter Capriotti, Sr. Capriotti's son, Peter, purchased his first restaurant in 1982 and began the same tradition. The father and son joined forces in 1996 and created Cotti Foods.