Editor's Note: Amtrak station's demolition is a loss for Wasco 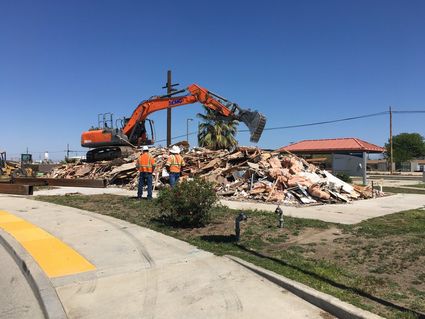 I am saddened to see the demolition of the Wasco Amtrak station.

I was the editor when the Wasco Amtrak station held its ribbon cutting ceremony, and I remember how proud City Manager Larry Pennell and Mayor Fred West were. Larry Pearson, Tilo Cortez, Danny Espitia and Cheryl Wegman were on the council at that time.

I remember local dignitaries attending the ribbon cutting because we were very proud of the new facility and wanted to have a celebration. The building was brand new and would become the new headquarters for City Clerk Vicki Hight.

The mission-style building fit in perfectly with the Spanish culture of Wasco.

To know that it was being demolished March 29 because of the High Speed Rail felt like a slap in the face. 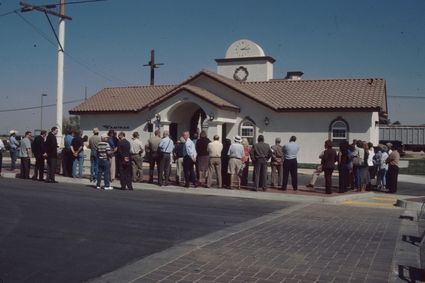 I left Wasco to begin working in Tehachapi for a very short while and then ended up in Arvin/Lamont for over eight years working for their local newspaper, while maintaining my friendship with several community members. I remember returning to Wasco to cover the Rose Festival when Vicki Hight was announced as the director of the Recreation and Parks District. I ran into her at the festival that year and was able to congratulate her in person. Considering that the station was only 16 years old and I, personally, feel its loss. I was looking forward to using Amtrak from Wasco to San Jose to visit friends and now I have to go into Bakersfield for that, when the station is right around the corner from my home. In fact, even worse, Wasco will lose Amtrak permanently once the HSR is running.

I feel that Wasco lost a bit of its history when the station was demolished.

I remember taking Amtrak and being welcomed by the new station upon my return to town. I understand how difficult it has been for the city to accept the losses experienced by the HSR's arrival. It is over budget, behind schedule and has torn up parts of the city that feel like they will never be back to normal.

Since I left Wasco in 2006, I did not follow what was happening with the station, but upon my return, it looked like it needed a lot of attention and care.

I would encourage everyone to take a moment and when you get together with friends share a toast to what was once considered a newer landmark in Wasco. It easily enabled us to travel to far and distant places in the state and elsewhere without any hassle.