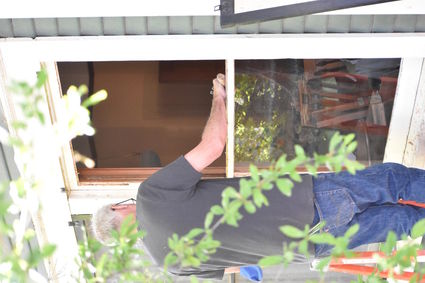 Repairs are being made to the broken windows.

Shafter's Green Hotel, a historical landmark, was vandalized for the third time in the last 90 days over the weekend, after several windows were broken, the glass front door was smashed and the fence damaged.

According to Shafter Historical Society President Roy Shaffner, vandals kicked part of the fence in and gained access to the property. They then broke several windows and the front door with what is believed to be rocks.

"This is very frustrating," said Scott Hurlbert, a member of the historical society board. "We are hoping that someone will come forward with information on the perpetrators of the vandalism." 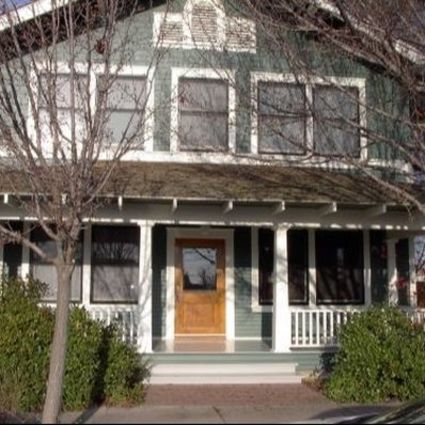 The Green Hotel is turning 108 years old this year.

Hurlbert said that they are working with the Shafter Police Department to establish a reward for information that leads to the identification and conviction of those responsible for the damage.

Shafter Police Captain Diana Burnett said that there were other businesses on James Street that also suffered damage recently.

"We are canvassing the area and will follow up on any information that we get to identify those responsible," Burnett said.

The Green Hotel was constructed in 1913 by the Kern County Land Company to house prospective land buyers. Located centrally downtown at the corner of James and Central, it was the city's first commercial building. The recent work on James Street has improved the sidewalk in front of the hotel.

Anyone with information on this incident is encouraged to contact the Shafter Police Department at 661-746-8500.