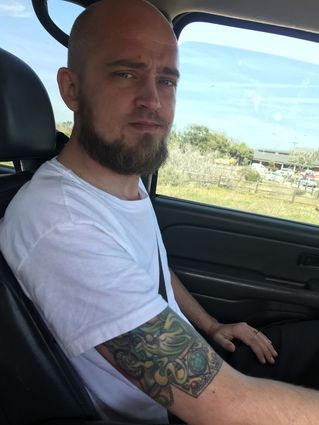 Danny played basketball and soccer in his early childhood. He was also a member of Maple 4-H, showing pigs and rabbits. He loved riding his bicycle with friends as a kid and competed in BMX.

Danny took great pride being with and doing things for his grandmother, Karyl. He loved spending time with family, especially his girlfriend, Sarah, and her children. He enjoyed creating things on his 3-D printer. He loved working on their golf cart and go-cart together. Danny loved shooting his guns, camping, the outdoors and traveling with his instant family, especially to Montana to visit his special friend, Janae, and her family.

He loved his lifted trucks and quads (with or without mud). He loved fishing, something his Grandpa T introduced him to. He had his Grandpa Green's love for trains. He also loved his many tattoos that signified the love for those that he had lost.

Danny is also survived by his loving companion, Kaya, his dog of 15 years.

Danny was preceded in death by his father, David Towse; Danny was almost 7 years old when his father passed away. After 30 years, he has held him tight in his heart.

Danny grew up to be a very private, humble and giving man. Danny made it known at his passing, he wished to give life to others and was a donor through One Legacy. He will be greatly missed.

His memorial service will be Saturday, April 10, at 11 a.m. at Peters Funeral Home, Wasco.