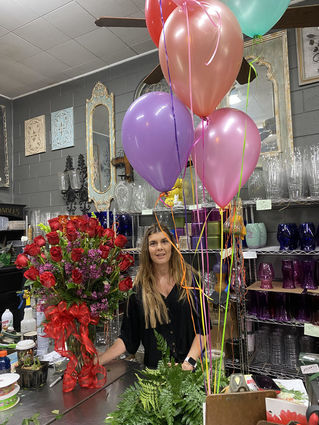 Owner Carol Reichenbach shows off one of her creations.

Sun Country Flowers has continued producing bouquets and gifts as more people began to send flowers to loved ones, owner Carol Reichenbach said, making 2020 one of the shop's busiest years.

Instead of being able to travel or attend certain functions, Reichenbach said, people were a lot more likely to send some flowers, or a gift of some kind.

"Also, to be honest, this is the busiest year we have ever had when it comes to funeral services," she said. "I can't say what percentage of the services being held this past year were due to the virus, but overall, it was just a crazy year with the amount of funerals that were held."

More people sent flowers since they could not attend services due to the restrictions, she said. 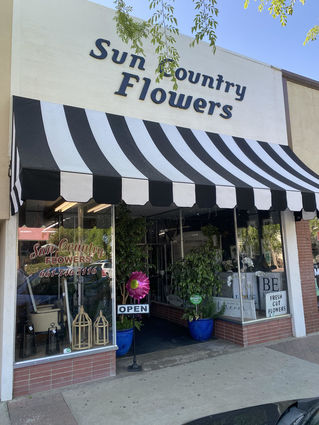 Sun Country Flowers has been thriving through all of the uncertainty the past year.

The demand on flowers for funeral services has begun to slow now that the infection rate is also slowing and the vaccine is out, Reichenbach said.

Sun Country Flowers has been in business for 18 years, originally coming from Bakersfield.

"In Bakersfield, everyone was in such a hurry, wanting their bouquet, or whatever gift they might want, and be on their way. Here, the customers are more like family, really caring for one another," Reichenbach said. "We have been blessed this past year, thanks to the wonderful people in Shafter."

Reichenbach said that she loves this community and her loyal customers, who have been so supportive.

"This city is special, with wonderful, caring people who make it a pleasure to come to work," she said.