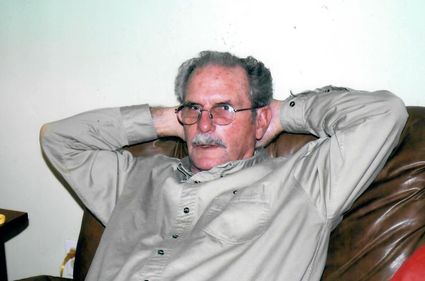 Allen Loyd Terry was born Feb. 6, 1945 to Vardaman and Joyce Terry in Oildale. Allen lived with his family in Lost Hills until they moved to Wasco.

Allen grew up spending time as a young boy out at Holloway's Gypsum Mine with his dad, who worked there from its start. He grew up attending elementary schools in Lost Hills until they moved to Wasco, where he continued his education at Wasco Schools.

After graduating from Wasco High School in 1962, he went to work at H.M. Holloway's Gypsum, following in his father's footsteps, where he continued to work until his retirement in 2012 after 51 years. When he retired, he was the mining superintendent where no one has or will ever be able to fill his boots.

After graduation, Allen met the love of his life, Barbara Wooten, whom he married and had three daughters that he doted on. He taught them to fish and hunt and change the oil in the cars. He along with Barbara taught their girls that hard work and love were the ways to a happy life, and they were happy.

Allen grew up with a love of animals, especially dogs; he owned many throughout his life, some of which were strays that were dumped at the mine in Lost Hills, but he spent just as much time loving them. He taught his daughters that as well.

Until it closed, Allen and Barbara were active in Trinity Lutheran Church in Wasco, where they both served on the church board. Allen was an active member of the OFCC car club as well.

Allen loved the outdoors and spent any time that he could camping and fishing with Barbara and his girls. Not only was Allen a doting father, he was even more so a doting grandfather. He spent as much time as he could with his grandkids and took them on many trips to the bubblegum store. As much as he loved his kids and grandkids, the great grandkids were just as loved.

Allen was preceded in death by his loving wife of 56 years, Barbara Terry; his father and mother, Vardaman and Joyce Terry; his mother-in-law, Eula Wooten; his granddaughter Cassandra Marie Terry-Luna; and numerous loving aunts and uncles and cousins.